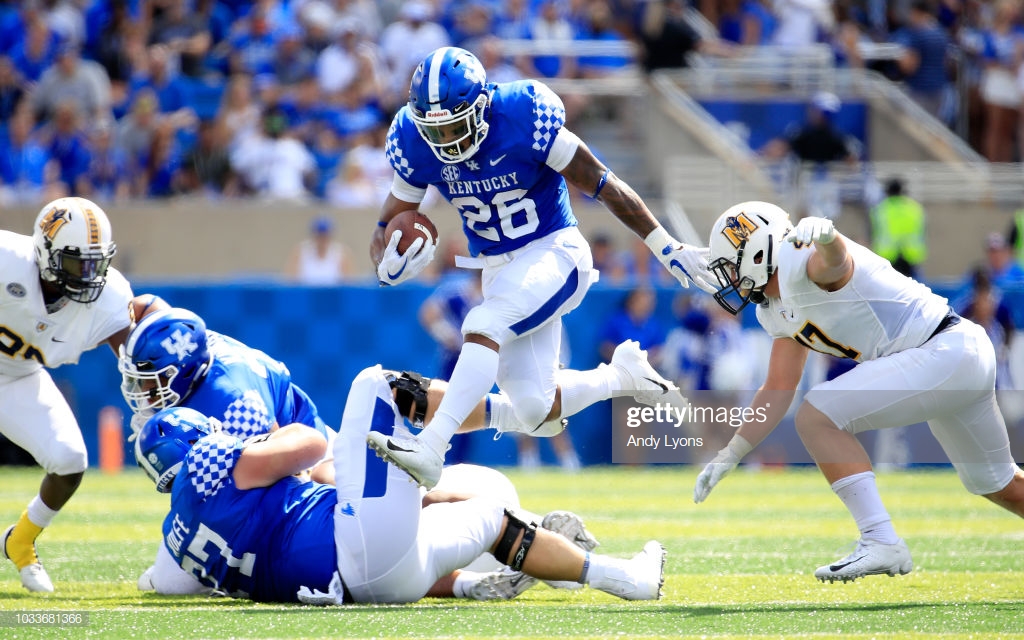 We knew it would probably happen. It was undoubtedly true that with Stevan Ridley walking, and quite honestly not being very good anyways, that the Steelers needed a RB, and with their interest showing with guys who were going either in the fourth round or earlier, they were going to address the position early, thus, we have Benny Snell here in the fourth round for the Steelers.

Snell is a power back with very little athletic capabilities aside from strength and very solid quickness, which you honestly would not expect with his size and build, but it is an awesome attribute to have for him. With his vision, power, and contact balance, though, Snell should see playing time because he is a very solid pure runner in general, there is no doubt about that.

Snell does not have very good burst or receiving attributes in his repertoire, unfortunately. He is a throwback RB first and foremost, so I am not sure how much of an instant impact he will have. He will have to spend a lot of time at the ball machine learning how to catch, because it can be taught, but it will take development and skills to do so.

With his production and polished running ability, though, Snell has a shot to get goal line snaps at the very least. He will not be split out or anything like that and James Conner and Jaylen Samuels should out-snap him rather easily this year.

Something that might be overlook is his pass protection skills, which are excellent with his functional strength and very solid anchoring ability. There is no doubt that Snell should see snaps like that, and if he learns how to catch, he can have a similar impact to a guy like Mewelde Moore when he was around in Pittsburgh.

In Year one, I expect some snaps, but not that many. His style just does not warrant it, especially with the lack of receiving ability. He certainly can get some snaps, but I do not believe he will get all that many to start out.