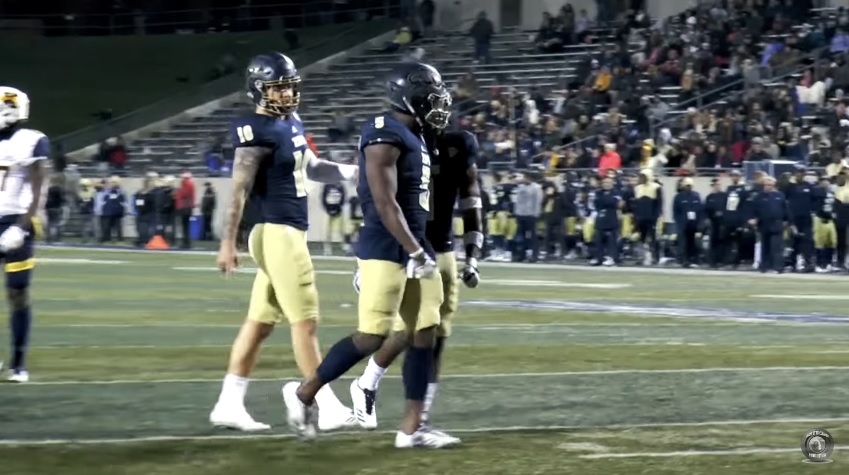 As if we didn’t have enough Inside Linebackers for one day! And quite honestly, as if we didn’t have enough of them on the roster. Well, to say the least, the Steelers are going with speed, athleticism, coverage ability, and turning this ILB corps into a modern NFL ILB corps, which is a fantastic thing to see. They didn’t address the position last year, but boy did they ever this year.

Ulysees Gilbert III is only another one of the key cogs that will help transform this ILB corps into one that can truly compete in the modern NFL. And while it spells the end in Pittsburgh for Jon Bostic and Tyler Matakevich, I believe, that is fine with the Steelers getting faster and better on special teams with the pick as well.

Gilbert III ran a 4.46 40 and clearly has elite range for the ILB position and it shows on his film. He flies around, keeps stride with WRs and RBs, and makes tackles that some safeties legitimately could not make. His burst, lateral mobility, fluid hips, and pure speed are fantastic. That also makes him a very solid, sound coverage ILB as well. He has identifiable ball skills, good zone discipline, great route recognition, and the ability to really man up some guys underneath when he needs to do so.

I want to see him play with more confidence in his game. He needs to play faster, he plays fast already, but he has more juice to him. He is not a big bodied or even big-framed guy, so he will have trouble block shedding and with some processing issues, he is more a developmental guy than anything right now.

His athleticism and sound tackling, though mean Gilbert should crack this 53-man roster just fine and be able to develop with a legitimate starter ceiling for him as well. His impact will come in Year 3 or so as a true defensive player, but until then, he has the ability to be a special teams demon for the Steelers.