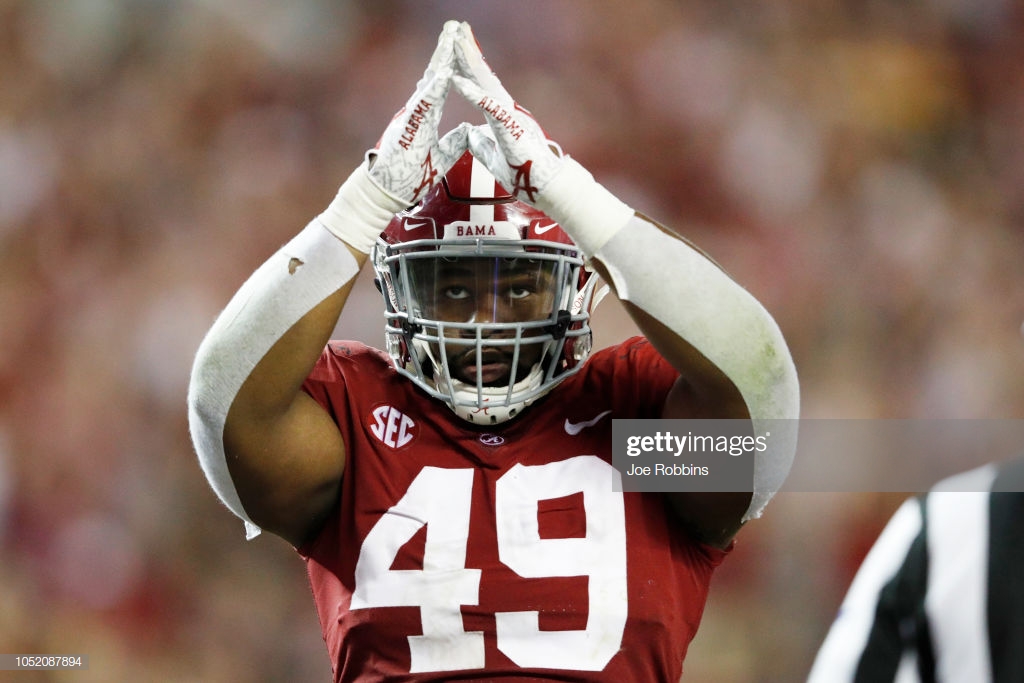 With L.T. Walton walking out the doors of the Steelers’ facility, it would seem to be the time that the Steelers needed a bit of depth along the DL, but not too much, especially with the Tyson Alualu being brought back and some promising showings from Lavon Hooks last preseason, so I am incredibly happy with the pick they brought in, since he should be able to bring what the Steelers need and spot start easily.

Alabama’s Isaiah Buggs was the pick, and with some of the best hand usage in the draft, Buggs looks to be a great pick at 192, especially when I believe he should have far, far earlier than he did right now. Athletically, he was a mess. He tested badly and is not very athletic on film, which is why he is probably best as a depth guy, but in the sixth round, a good depth DL is a fantastic pick.

His hand usage, especially is where he will thrive at winning. He has a chop-rip, club-rip, and a snatch move that are absolutely lethal. He can get pressures if he does not get sacks and the production at Alabama speaks for itself in that regard. Buggs wins through essentially pure technical ability, meaning this is a polished player who brings the instant depth the Steelers will need this season.

He has power as well, and a bull rush is really his main go to move at the moment. The issues I have though is that his motor is not super hot and the length he displays means he needs the explosiveness that he just does not have quite frankly, but that is why he was a Day Three prospect.

From Day 1, Buggs will offer adequate depth and will easily stick on the roster as a mid-6th round pick, which is fantastic value for any pick this late in the draft. There is not much room for growth, but he can be a long-term depth piece.