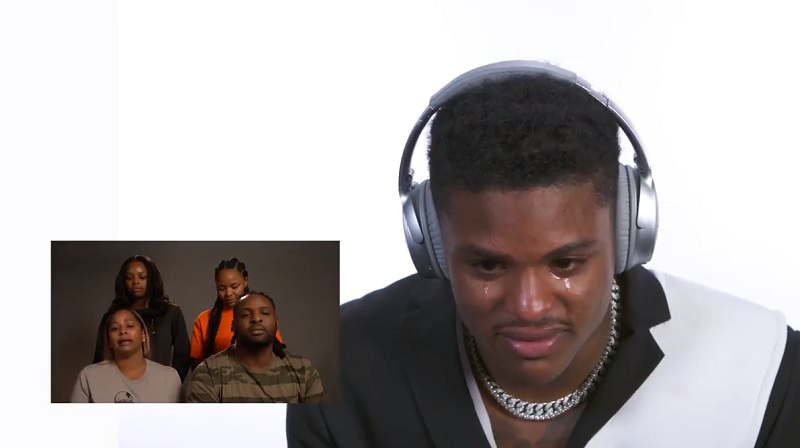 For the next several weeks, we’ll spend a lot of time on this site analyzing every aspect of new Pittsburgh Steelers linebacker Devin Bush, who was selected 10th overall, by the team Thursday night following a trade up with the Denver Broncos. However, before dive fully into what kind of player Bush is on the field, it’s important to first highlight the kind of player he is off the field and the solid character he possesses.

Prior to the start of the draft Thursday night, Bush, who was in Nashville, TN for the draft, was asked to watch a personal video message he received from his father, mother and two sisters. Bush was also filmed watching the video and the NFL has since released that for public consumption.

Before you view the video below, however, I must warn all of you that you’re going to probably need a tissue. Bush certainly needed one.

During the six-minute long video, Bush’s father, Devin Bush Sr., who helped coach his son at Michigan as a defensive analyst since both arrived in Ann Arbor in 2016, told his namesake several times how proud he is of him ahead of his big night and how he often bragged to his own brother about how good of a player he turned to over the years behind his son’s back. After his father talked, Bush’s mother then conveyed her heartfelt thoughts to her son and she was followed by brief messages from each of his sisters. This was one awesome moment for a family to have captured.

The Steelers have seemingly forever made a concerted effort to draft as many players as possible who possess a solid character and it certainly looks and sounds like they have done so again this year with their selection of Bush, who has yet to turn 21 and won’t until just prior to training camp getting underway in July.

“We are equally as fired up about his intangibles,” Tomlin said Thursday night.” He comes from a football family. He’s a football guy. Everyone speaks very highly of him, not only as a player, but as a person. His leadership skills are unquestioned. We interviewed a lot of Michigan players through the draft process and it was unanimous in terms of who their unquestioned leader was, and that was attracted to us as well.”

All of the feels. New @Steelers LB @_Dbush11 is brought to tears after receiving a special video message from his family. ❤️❤️❤️ #NFLDraft pic.twitter.com/nDfWP1eGki