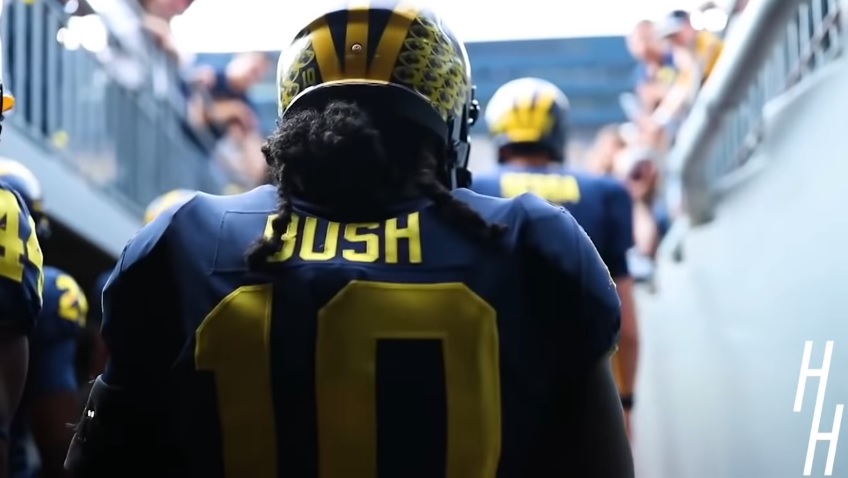 The Pittsburgh Steelers have moved up in the first round of a draft to grab a player exactly three times in their history. The first time came in 2003 when they jumped up to seize upon a young safety out of USC with flowing hair by the name of Troy Polamalu. He will soon be in the Hall of Fame.

Three years later, coming off their first Super Bowl win in decades, in which Polamalu played a big role, the Steelers moved up from 32nd overall to nab Santonio Holmes, a big Pittsburgh fan out of Ohio State. He would seal their second Super Bowl of the decade with an all-time-great reception in the back of the end zone in Arizona three years later.

That is the standard by which the Steelers are judging themselves in making the decision to send their second-round pick—52nd overall—and a future third-round pick in 2020 to the Denver Broncos to swap their 20th-overall pick in the first round for their 10th-overall pick, which allowed them to select Michigan’s leading linebacker, Devin Bush.

During the team’s post-selection press conference yesterday, General Manager Kevin Colbert was reminded of the two previous times that he moved up in the first round to add players who helped them add Lombardi Trophies to their display case in the UPMC Rooney Sports Complex.

He was then asked if this move up to get Bush feels similar to the times they traded picks to get up high enough to select Polamalu and Holmes. “We’ll see”, was his response. “If Devin helps us win a Super Bowl, very similar”.

The expectations are high, very high, as it concerns the player Bush is going to be and the impact he is going to have for the team and their championship aspirations. With Ben Roethlisberger under contract for three more seasons, they would certainly hope to add a seventh Lombardi within that window, and Bush should feature as one of their big defensive playmakers to help them do it.

Anything less than that would be a failure by their own standards. But that is always the standard, every year, without fail. Winning an AFC North title in and of itself is not a success for Colbert, Mike Tomlin, and company. A victory in the AFC Championship game means little if it isn’t followed by one more trophy hoist two weeks later.

This trade—this offseason, with the free agent additions of Steven Nelson, Mark Barron, and Donte Moncrief—has been a headlong rush into an immediate future in which they intend to quickly respond to a non-playoff season with a deep postseason run, setting themselves up for a similar trajectory for years to come.

And Bush, the highest draft selection they have made since adding wide receiver Plaxico Burress eighth overall in 2000, should be the centerpiece. He certainly cost enough. But he also has the mental makeup to accept the standard being set before him.

As he told the media, “I think I’m a good fit because I love to win, and this team loves to win”. That’s why the Steelers got up and got him, because they think he’ll help them win games more than any other player who was within their reach. But getting him was the easy part. Now is when the work begins.