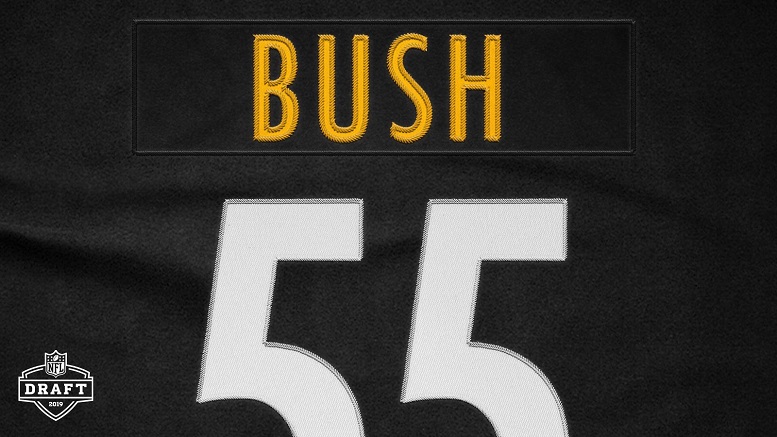 The Pittsburgh Steelers selected former Michigan linebacker Devin Bush Thursday night in the first-round off the 2019 NFL Draft and the team’s newest player has already been issued his new uniform number.

Bush, who wore No. 10 during his college career at Michigan, will wear No. 55 with the Steelers, the team announced on Friday.

Steelers first-Round pick @_Dbush11 will be rocking No. 55 in Black & Gold.

Be the first to get your hands on his jersey!

In the history of the Steelers franchise dating back to 1942, several players have obviously wore No. 55 with the last one being outside linebacker Arthur Moats from 2014-2017.

Current Steelers inside linebackers coach Jerry Olsavsky, who will be Bush’s first position coach in the NFL, also wore No. 55 during his career in Pittsburgh that lasted from 1990-1997.

Below is the full list of players who have worn No. 55 with the Steelers dating back to 1942 as listed in the team’s 2018 media guide.