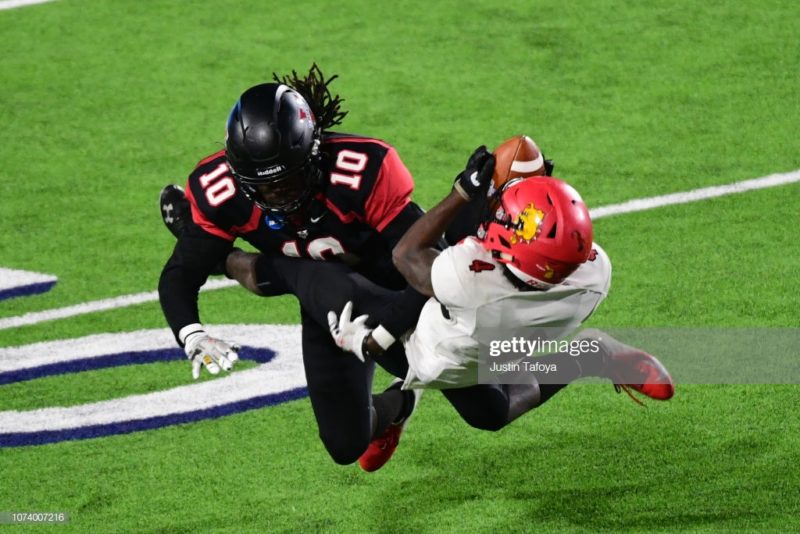 The Pittsburgh Steelers are hosting just one pre-draft visitor on Tuesday and it’s a player we already knew was likely to come to town to meet with the team.

According to Bob Labriola of steelers.com, Valdosta State defensive back Stephen Denmark is visiting with the Steelers on Tuesday.

Pre-draft visitor for the #Steelers on April 16: DB Stephen Denmark from Valdosta State

Denmark, who  reportedly measures in at 6024, 220-pounds with 33 3/8-inch arms and 9 5/8-inch hands, is a former wide receiver turned cornerback. At his pro day, he reportedly ran a 4.46 40 yard dash in addition to posting a 43 1/2-inch vertical jump and a 10’10” broad jump. Denmark was reportedly a track and field athlete in college and at James S. Rickards High School.

Denmark played wide receiver his first three years of college and made the switch to defensive back going into spring ball of his senior year. Last season at Valdosta State he registered 55 total tackles of which 8 resulted in lost yardage. He also recorded 3 interceptions and 12 total passes defensed. He was voted Second Team All-Gulf South in 2018 for his play at cornerback.