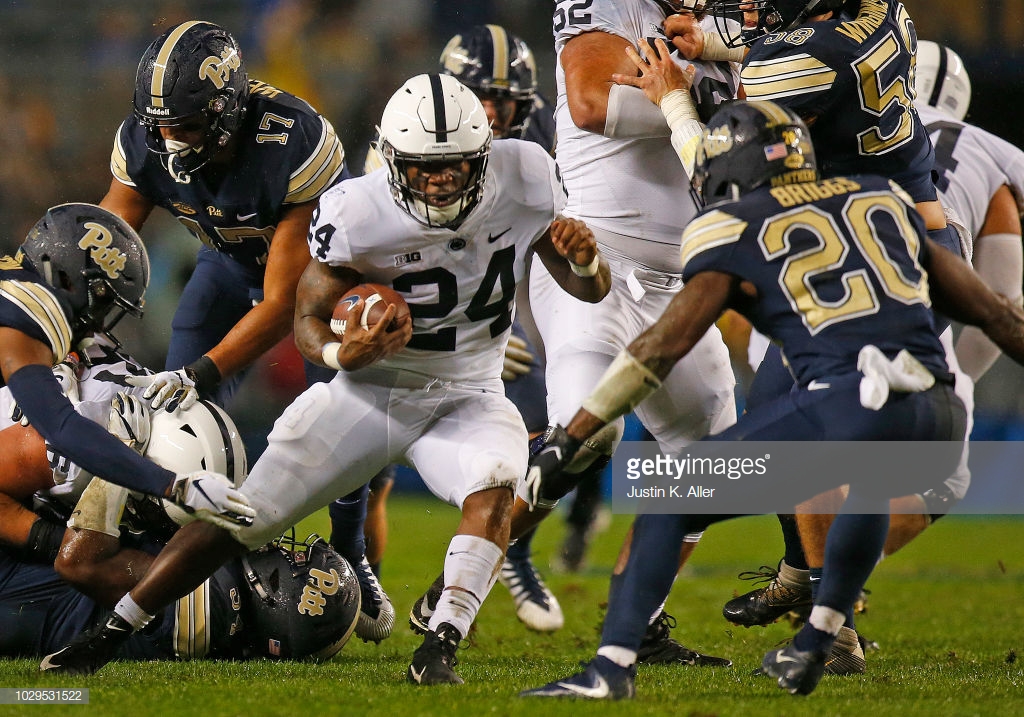 The Pittsburgh Steelers have announced their first wave of pre-draft visitors. All on the offensive side of the ball, here’s the list released by the team moments ago.

Isabella had been previously reported but the other four are new names to their list.

Sanders worked his way up draft boards after a strong showing at the Combine, running a 4.49 at 211 pounds. He burst onto the scene as a junior, rushing for nearly 1300 yards and nine touchdowns. A Woodland Hills alum and Pittsburgh native, he should be considered a local visit and not count against the Steelers “30” list. He could be selected late on Day Two.

Harris is arguably the biggest “name” on the list. During his four year career with the Crimson Tide, he amassed over 3000 yards rushing and 25 total trips to the end zone (23 rushing, two receiving). He caught 52 total passes. Weighing in at 5’10 216, he ran a 4.57 at Indy. He is projected to go somewhere in Round Two, making him a relatively unlikely pick though one that can’t be ruled out.

Mack is one of many options in a deep tight end class. As a senior, he caught 36 passes for 360 yards and three scores for the Fighting Irish. Standing in at 6’4 249, he turned in a 4.7 flat at the Combine, impressing with a 36 inch vertical and 10 foot broad. Draft Scout has him pegged as a fourth round pick.

Isabella is a thin-framed receiver who could play on the outside in addition to the slot. He showed off his speed at the Combine, running a 4.31 and 4.15 short shuttle. One of college football’s most productive receivers in 2018, he caught over 100 passes for nearly 1700 yards and 13 touchdowns. That included a 15 catch, 219 yard performance against Georgia and a 303 yard game versus Liberty. Isabella will be selected either late Day Two or early Day Three.

Below are the scouting reports we’ve complete on Isabella and Sanders. We’ll have the rest done before this month’s draft.

UPDATE (12:40 PM): Though not confirmed by the team, Aaron Wilson reports Texas linebacker Gary Johnson will come in for a pre-draft visit this week. Kevin Colbert attended his Pro Day last week.

Texas linebacker Gary Johnson (4.43 at the NFL scouting combine)
Gary is visiting the Oakland Raiders and Pittsburgh Steelers this week, according to a league source