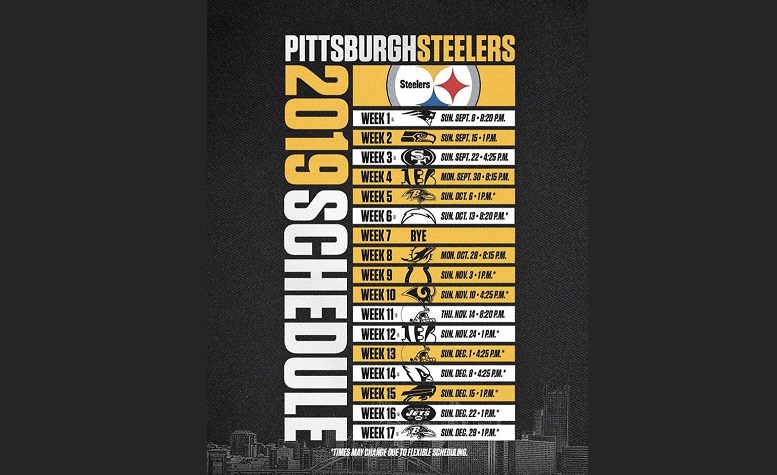 The Pittsburgh Steelers 2019 regular season has now been released at shows that the team has five primetime games this year.

The Steelers, as previously reported, will open on the road against the New England Patriots on Sunday night football.

The Steelers first home game of 2019 is in Week 2 against the Seattle Seahawks.

The first divisional game for the Steelers in 2019 is at home in Week 4 against the Cincinnati Bengals and that game will be played on a Monday night. The following week the Steelers will host the Baltimore Ravens, who they will also close their 2019 regular season out against on the road in Week 17.

The Steelers bye in 2019 is in Week 7. Five of the Steelers last 7 games are on the road this season with 3 of their final 4 being on the road.