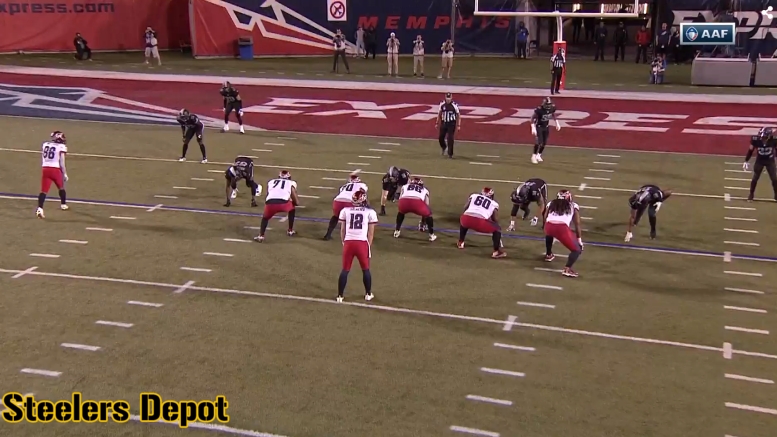 Well, that didn’t take long. Just hours after the Alliance of American Football officially suspended operations yesterday, several of its former players have already found new opportunities, whether it is merely scheduling tryouts or signing actual contracts, with NFL teams.

The first player to sign with a team was also one of the standouts of the AAF, to no surprise, that being cornerback Keith Reaser of the Orlando Apollos, the team that finished with the best record in the league at 7-1 prior to its closing its doors with two more regular season games left to play.

It was the Kansas City Chiefs that made the deal with him, which reportedly includes $100,000 in guarantees, among that a $50,000 signing bonus. But he was not the only alumnus of the short-lived professional football league to join the longest-running in the world.

Another was Arizona Hotshots wide receiver Rashad Ross, who will reportedly join the Carolina Panthers. Ross led the AAF with his seven receiving touchdowns and also finished second in total receiving yards behind Charles Johnson, who previously played for the Minnesota Vikings.

Yet another AAF player to quickly find his way into the NFL is De’Vante Bausby, yet another cornerback, who played his football with the San Antonio Commanders. He signed a contract with the Denver Broncos. Bausby was in the NFL as recently as 2018, however, playing in six games with the Philadelphia Eagles.

Ross, too, has NFL experience, but he was last on even a practice squad in 2016. He spent five games with Washington that season, catching one pass, and has nine receptions for his career for 192 yard and a touchdown. He also has over 800 return yards.

Several players have also received invitations to try out for teams, including Birmingham Iron quarterback Luis Perez, who has a tryout scheduled for the Eagles. Perez was originally an undrafted free agent last season and spent a brief period of time on the Rams’ practice squad. Memphis Express quarterback Brandon Silvers has workouts for multiple teams scheduled as well.

This is all good news for these players, but in the meantime, many others have been left in the dust. Reportedly, many have been kicked out of their own team hotels as soon as the league shut its doors and have no place to live after relocating to play for the AAF. Another had his personal credit card charged for the room.

Players who were injured playing also now may reportedly be on the hook for their own medical bills, which would be crushing. One thing is clear, and that is that the AAF did not have an appropriate exit strategy, perhaps overconfident in their ability to survive through the first few years.