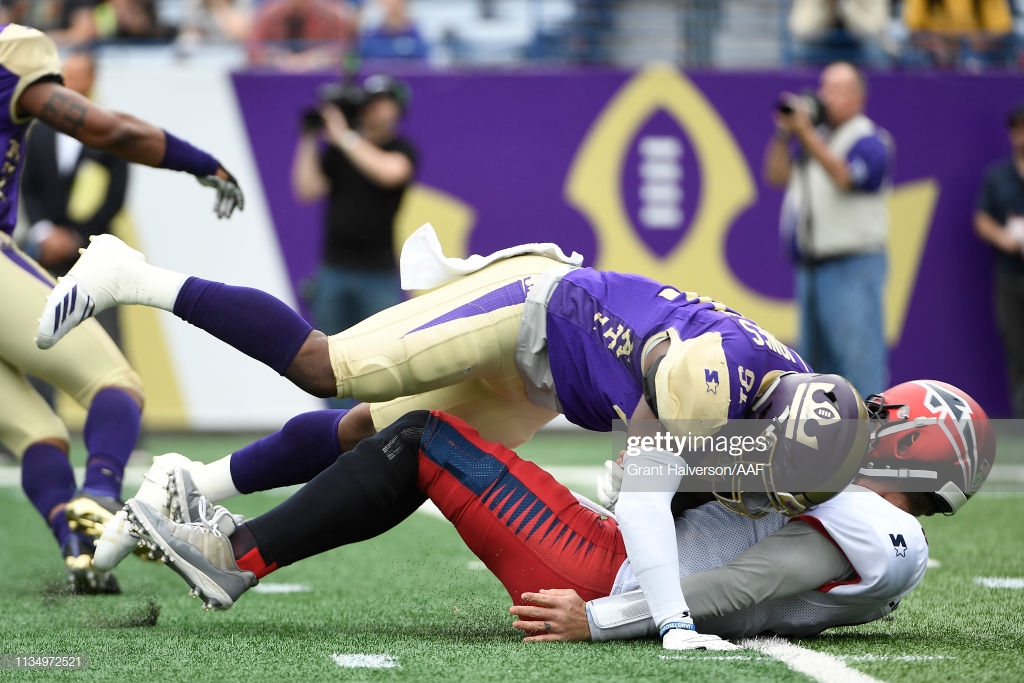 The Pittsburgh Steelers signed two former AAF players on Friday and it looks like they might now have another one coming in for a tryout.

According to Twitter account Crown Loyal, former Atlanta Legends defensive end J.T.Jones now has a tryout scheduled with the Steelers. Jones has yet to confirm the news, however.

More good news for AAF players and the Legends! DE J.T. Jones (@JB_BigDawg) has a tryout with the Steelers and K Younghoe Koo (@YounghoeKoo) has tryouts with the Bears and Vikings next week, per a source! Congrats guys! You deserve it now go show out and kill that tree-out!

Jones, who played his college football at Miami of Ohio, was originally signed by the Atlanta Falcons in 2017 as an undrafted free agent in 2017. After initially failing to make the Falcons 53-man roster as a rookie, Jones was signed to Atlanta’s practice squad and he remained on that unit all season.

The Falcons re-signed Jones to a Reserve/Future contract in January of 2018 and he once again wound up being waived by Atlanta ahead of the start of the regular season. In the 8 total preseason games that Jones played over the course of two years with the Falcons he registered 11 total tackles and a pass defensed.

Prior to the 2017 NFL Draft, Jones reportedly measured in at 6011, 249-pounds and thus that would make him an outside linebacker as far as the Steelers defensive scheme is concerned.