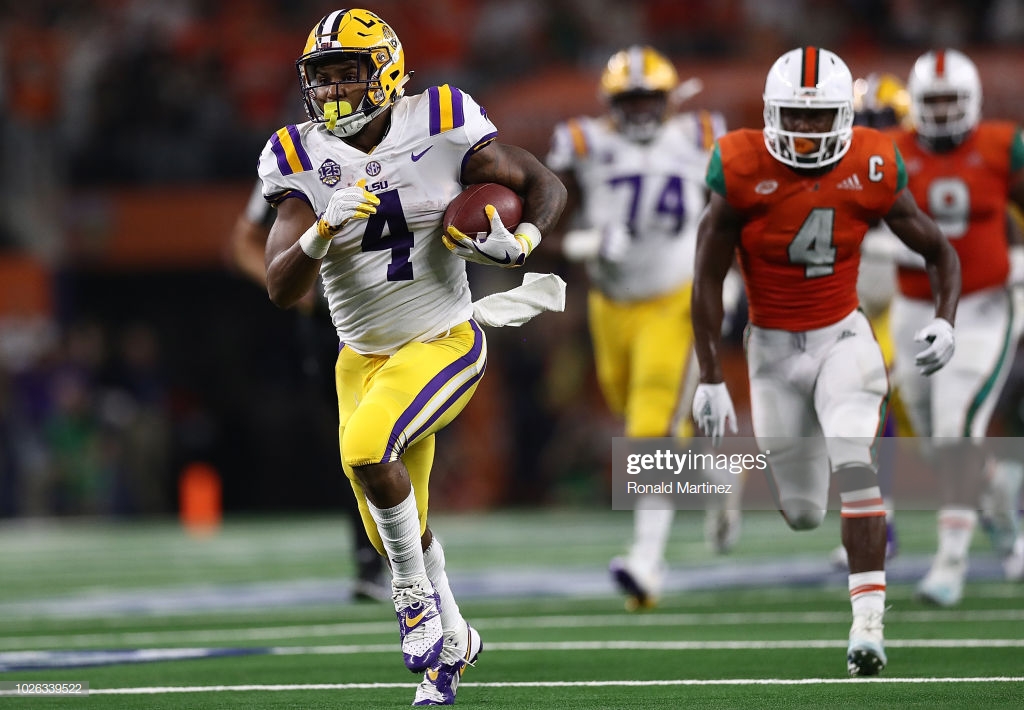 Add another running back to the list of players the Pittsburgh Steelers have shown interest in. According to this tweet from the Houston Chronicle’s Aaron Wilson, the team had or will have a private workout with LSU RB Nick Brossette.

Brossette is viewed as a borderline draftable candidate. His stock took a nosedive following a poor Combine workout where he ran a 4.72 and struggled in the agility drills, a 4.44 in the short shuttle and 7.38 in the three cone. While he’s a bigger back at 5’11 209 pounds, those numbers still rank near the bottom even when accounting for his size. His RAS score was very low.

Nick Brossette posted a very poor #RAS at the #2019NFLCombine with low speed and agility and just decent agility.

His production is limited to his senior season too, recording 240 of his 286 career carries in 2018. For the Tigers, he rushed for 1039 yards and found the end zone an impressive 14 times. The latter stat ranked third in the SEC. Regarded as a team leader, he served as one of LSU’s permanent team captains last year. He also participated in the East/West Shrine Game, carrying the ball five times for 19 yards and a score. He added a 22 yard receiving touchdown, too.

He figures to be on the team’s radar should he fall out of the draft entirely and be available as a UDFA. The Steelers have shown interest in several backs during the pre-draft process. They’ve now brought seven in for visits while sending RBs coach Eddie Faulkner to check out Kentucky’s Benny Snell and Michigan State’s L.J. Scott. Pittsburgh is most likely to select one either late on Day Two or the early-mid rounds on Day Three. In my mock draft posted Monday morning, the Steelers selected Snell in the 5th round.