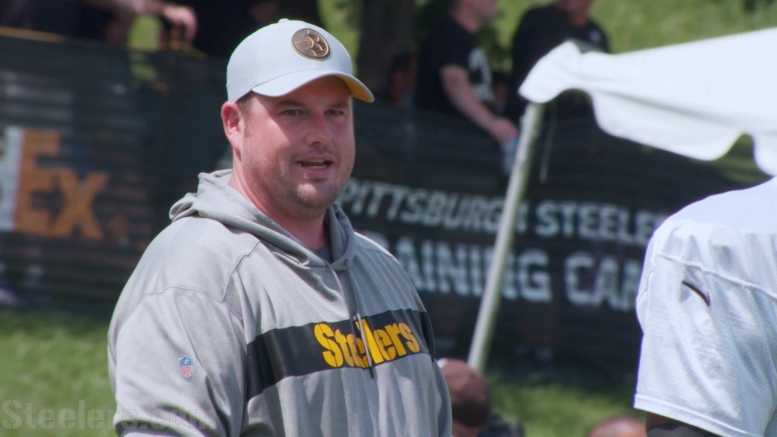 The Pittsburgh Steelers losing Mike Munchak this offseason as their offensive line coach is both one of the most and least significant chances the team has experienced so far, at least as we currently stand. Which side it leans closer toward by the end really depends upon the job performance of Shaun Sarrett, who is the new offensive line coach after serving as Munchak’s assistant for his entire time in Pittsburgh.

The Steelers’ linemen know Sarrett as well as they know Munchak, as he has, in fact, been with the group for two more years, originally coming onto the staff in some capacity in 2012, whereas Munchak was hired in 2014 and spent the past five seasons coaching up the group to become the top offensive line in football.

Center Maurkice Pouncey, one of the elder statesmen of the group and their clear leader along with Ramon Foster, has no doubts about Sarrett’s ability to handle the job. The fact alone that they made his hiring immediate after it was confirmed they would lose Munchak should tell you as much, but he also took the extra step of telling people himself.

As Bob Labriola recalled in a recent Asked and Answered session on the team’s website, Pouncey spoke very highly of Sarrett after the hiring. “He played football, and so he knows the ins and outs of it. He played offensive line, so he knows the grit of it, the pass protection and the run blocking and things like that”, he said.

“He’s really honed in on technique”, he added, which is something that greatly improved for the group under Munchak. “That’s the one thing you have to teach guys is being a technician and playing the game the right way. He has that, and I think he’s learned from one of the best – a guy who was a Hall of Fame player and obviously a Hall of Fame coach in my opinion. He has a lot to lean on, and we have a lot to look forward to with him being our offensive line coach”.

While Pouncey was already a decorated performer prior to Munchak being brought in, he helped coach up two more Pro Bowlers while he was here. Right guard David DeCastro has become a perennial Pro Bowler, but he didn’t reach his first until he has Munchak coaching him. Alejandro Villanueva has also reached the Pro Bowl in the past two seasons, and Marcus Gilbert was regarded as having Pro Bowl abilities when healthy.

Pouncey said of Sarrett that “he’s really big on tape study and pushing the envelope on showing things about the guys you’re going against each week”, which would make a lot of sense, since that was one of his primary responsibilities in his first post on the staff in 2012.

“You can appreciate…a guy who’s detailed and works his butt off for you”, he said. “You see all the work that he’s putting into it, but you still have to go out on the field and perform. I think he’s the right guy to lead us in the right way”.