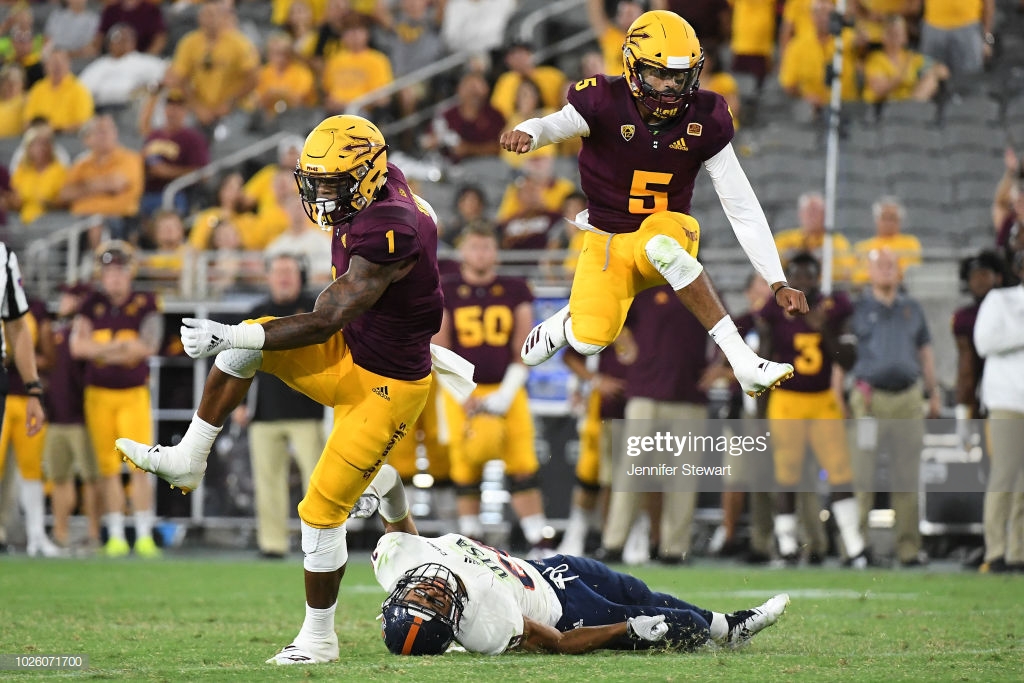 Hey, kid, do you like mock drafts? I’ve got something to show you.

Mock drafts can be very tempting at this time of year. Our traffic numbers from our site tell us as much. If nothing else (and there are certainly other ways in which they’re valuable), they open up a broader discussion.

Wednesday, Pro Football Focus began a mock draft podcast in which they covered the first round. They handed Michigan inside linebacker Devin Bush to the Pittsburgh Steelers at 20, addressing their biggest need with a player many think will not be available at that spot.

Yesterday, they moved to the second day of the draft, and with the Steelers having three picks between the second and third rounds, they were able to add three more players that we can talk about, beginning with a significant name in round two: Arizona State wide receiver N’Keal Harry. Mike Renner made the selection and pegged him as the team’s next slot receiver.

“This is where N’Keal Harry goes. A lot of people asking about him, why he’s not a first rounder. To me, I see him as a slot only”, he said. “I just don’t see him separating on the outside at the NFL level at a high enough level to warrant a first-round pick. And if you’re drafting a guy in the first round, no team is drafting a pure slot. You have to play outside some, because that’s where you have to win on the money downs”.

That is a lot of negative talk for the player, but he did add some positives. “Incredible after the catch. Great in contested catch situations”, Renner said. “Struggles a little separating down the field, but I think if you fill him in the slot there, JuJu Smith-Schuster moves to the outside more, and I think that’s a good role for him, calling him “a more physical route runner” than Harry.

It was Renner again with the Steelers’ first selection in the third round, awarding them LJ Collier out of TCU. “Has some versatility in terms of where he can play” along the defensive line. “Can line up at three-tech, four-tech, five-tech, outside of the offensive line even, play some edge. I just like his versatility and just add more talent to a pass rush that—any pass rush can use more talent in the NFL”.

Finally, at 83, the Steelers’ natural third-round pick, Steve Palazzolo went back to offense for Pittsburgh, adding to the backfield with Iowa State’s David Montgomery, who the team described as “extremely elusive” with among the most forced missed tackles.

“I do think he can do something in the pass game for them, and he’s been so used to playing behind the terrible offensive line”, Palazzolo said. “You’re gonna give him a good offensive line in Pittsburgh and I think he’s gonna be a pretty good player”.

It’s a solid draft if it actually shakes out that way, for sure, and hits on arguably their two biggest needs with their biggest picks. Some might wonder about the lack of a secondary presence, but I like the idea of adding a pass-rusher in the third round as well