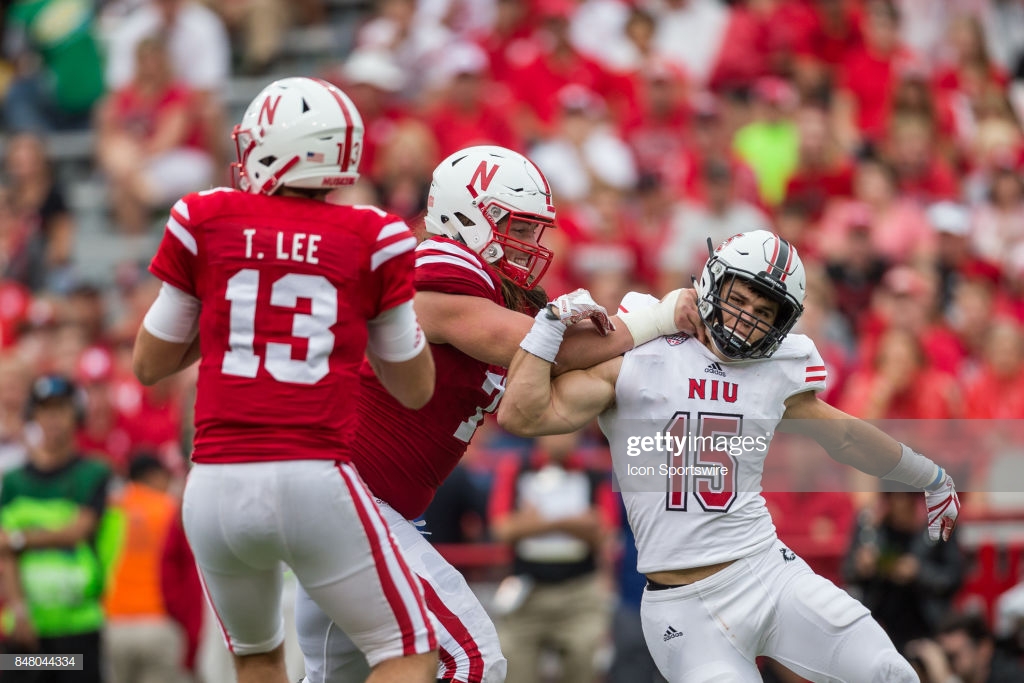 With the Pittsburgh Steelers’ first of three selections in the first round, they drafted a college defensive end who will play linebacker at the NFL level in Sutton Smith out of Northern Illinois. Where he will ultimately wind up in getting more specific than that is yet to be determined.

An undersized player at 6’0” and 233 pounds, there are immediate concerns about Smith’s ability to work out on the edge. That is one of the reasons that both Smith and defensive coordinator/outside linebackers coach Keith Butler just talked about bringing him in and seeing what he can do.

“We’ll get him here, we’ll see what he does best”, Butler said in discussing the pick earlier. “Right now, we know he’s a good off-the-edge rusher for us. He’s gonna create some good competition for us at outside linebacker, which always will be good. We’ll see when he gets here in camp what he does best and try to utilize his abilities to that”.

Smith spoke to the media after being selected, and the first thing he was asked was where he expected to play. “A little inside linebacker, rush the passer, a little bit of everything”, he said. “We were talking, just anywhere that I can be productive.

Of course the immediate area in which he can be productive—where he will have to be productive—will be on special teams, and he certainly has the makeup to be able to contribute in that area, which is the key to making the roster for him during his rookie season.

But if he gets that down, there is an opportunity to find a space for himself somewhere with the linebackers, perhaps both inside and outside, kind of how Matthew Thomas was being viewed last season.

“You always try to put ‘em where you think they might go and how you think they can help your team, how they’re gonna relate to your team”, Butler said. “We thought at the time that we looked at him that he would be a good player on the outside until he gets used to what we’re gonna ask him to do, and we’ll see what he can do after that”.

“We’ll look at outside, inside, anything that we feel like he can fit us”, also mentioning the possibility of developing into a sub-package player, though he conceded that he is going to be more helpful to Danny Smith early on than to himself.

Smith is of course the second linebacker taken by the Steelers in this draft behind Devin Bush, the Michigan inside backer that they traded up for in the first round to acquire. He is the third (of so far four) defensive players the team has selected, also including cornerback Justin Layne in the third round. They drafted Alabama defensive lineman Isaiah Buggs after Smith in the sixth round, and have two picks remaining.