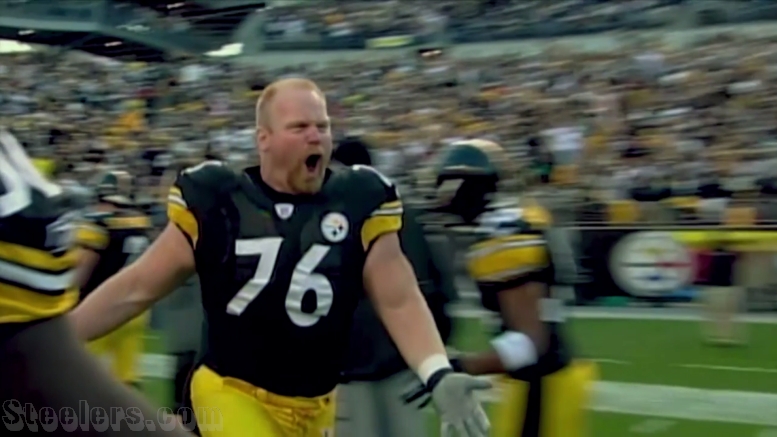 With the 2019 NFL Draft fast approaching, it’s worth reminding that more than just the 250-plus players who are selected will be vying to enter the workforce as rookies. In fact, as many or more additional college players will sign contracts with NFL teams as rookies who failed to be selected over the previous three days.

And in many cases, while there is some prestige and contractual advantage to being a draft pick, it can work out for the better to go undrafted and to sign as a free agent instead for the late-round prospects. This is because they have the opportunity to pick and choose which team they want to sign with among their suitors.

This allows them to select the one that gives them the best chance of actually making a team, based on the current makeup of their roster at their position, as well as their history of rewarding undrafted free agents. Take it from one of the better undrafted free agents in Pittsburgh Steelers history, Chris Hoke, who recently recounted his story for the team’s website.

“To get picked up as a free agent it was funny. I am a California boy so when I got a phone call saying I was going to the Pittsburgh Steelers I was like what in the world, where is Pittsburgh”, he said. “There were other teams talking to us, but at the end of the day this seemed like the best situation”.

That’s because the Steelers lost a couple of key defensive linemen that year, with Jeremy Staat signing with the St. Louis Rams after his rookie contract was up. Kevin Henry also played his eighth and final season in the NFL for the Steelers at that time.

“I think a lot of it was my agent had a connection with some people here, he knew there was an opportunity here for me”, Hoke said. “The year before I came in a few of the defensive linemen left. They weren’t here anymore and there was an opportunity to fill some spots. It turned out to be the best situation for me. You see teams where free agents stick. I think my rookie year there were three free agents who made the team”.

He would actually spend some time on the practice squad initially, and wouldn’t be much of a contributor, but he became the top backup to Casey Hampton after Kendrick Clancy left in free agency after a few years. And he would got on to have a successful 11-year career.

Last year, the Steelers had two rookie undrafted free agents in Olasunkanmi Adeniyi and Matthew Thomas make the initial 53-man roster, with another two—Patrick Morris and R.J. Prince—sticking on the practice squad. Of the four, all but Thomas remain with the organization.

The Steelers currently have about 15 or so roster spots available to them, and they have 10 selections in the 2019 NFL Draft. That means that they have space to sign at least five rookie undrafted free agents, but it figures to be more than that, as some will knock other bottom-of-the-roster players off. Last year they signed 13 rookie free agents after the draft, but they have more draft picks this year and also scooped up six players from the Alliance of American Football.