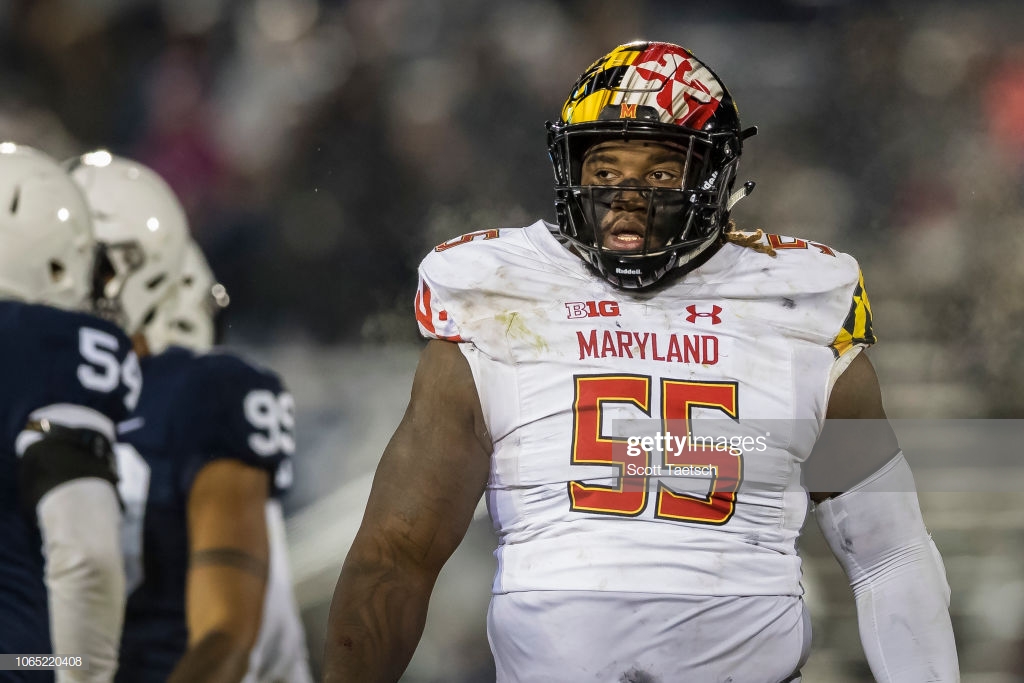 Pittsburgh uses their final 2019 draft pick to add some depth on the offensive line. They selected Maryland tackle Derwin Gray.

Gray had very good size measuring at 6’4 ½” and 320 pounds at the Combine and has very good length with 34 3/8 inch arms. He spent a year at Fork Union Military Academy before joining the Maryland Terrapins. He made 25 starts in 37 games at left tackle over the past three years. He earned a 2018 Honorable Mention All-Big Ten commendation after blocking for the 17th best rushing offense in the country and third best in the Big Ten, averaging 230.2 yards per game. In 2017 he earned the team’s James M. Tatum Memorial Award as the team’s best lineman and had the fourth-best pass-blocking efficiency according to Pro Football Focus.

Lance Zierlein of NFL.com had him projected as 6-7th round pick and stated, “Teams love big tackles with movement skills, but Gray offers a little more challenge for evaluators. His lack of bend causes deficiencies in sustaining blocks and in landing blocks on the move. However, in pass protection, he makes good usage of his size and his length and he might be able to hang in as a left tackle rather than the assumed push to the right side because of his size. He could go from solid to good as a starter if an offensive line coach can improve his consistency in the run game.”

With Mike Munchak moving on to the Denver Broncos to be closer to his family this will be the first real test for Steelers OL coach Shaun Sarrett who is taking over for him. He spent the past 6 years as the offensive assistant, primarily helping with offensive line and assisting the offensive coaching staff with game preparation. Munchak spoiled us with his ability to develop lineman. Will Sarrett be able to do the same?

Overall: On one hand, using a late round pick on an offensive lineman is no guarantee that it will amount to anything. On the other hand it is possible as the 7th round pick in 2012 Kelvin Beachum became a pretty darn good tackle. Based on size and length and the positives above as pass blocker there’s a chance he could work on the practice squad and maybe eventually develop. In reality, without injury it’s a long shot to make the roster. This is a solid value pick based on Zierlein’s projection being selected where expected.