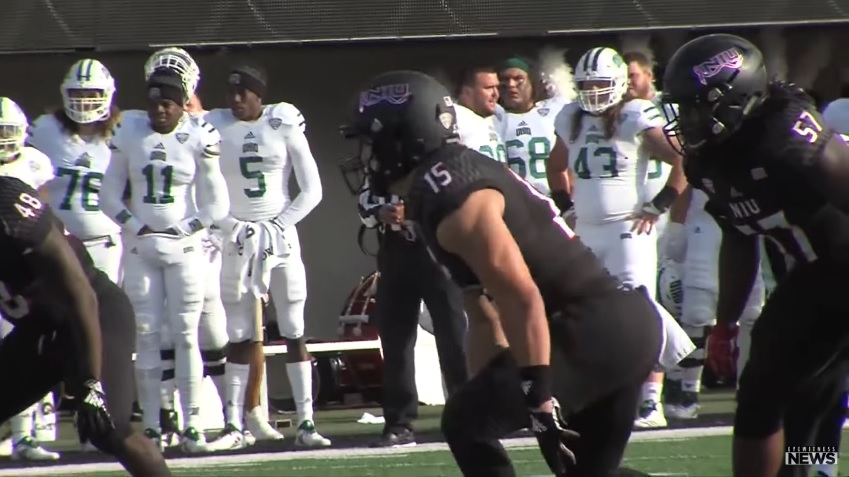 With their first pick in the sixth round the Steelers select another highly productive player in Northern Illinois Edge Sutton Smith. Over just the last two seasons he had 58.5 tackles for a loss and 29 sacks.

Smith does not fit the mold of traditional Edge players measuring in at just over 6’0” and 233 pounds. Another underclassmen which has been a focus in this draft he earned plenty of honors for his play including being named the MAC Defensive Player of the Year.

He displays a knack for making important plays. Along with all those sacks he had 7 forced fumble, 6 fumble recoveries and two block kicks.

Lance Zierlein at NFL.com has him as a 7th round/priority free agent grade and had this to say, “Undersized, edge-based antagonist for a variety of tackles, quarterbacks and offensive coordinators on his schedule. Smith lacks functional size and struggled in matchups against Senior Bowl tackles so his gaudy college sack total is less likely to carry as much weight with NFL teams. He has the demeanor to fit right into special teams work while his quickness, aggression and hand usage could land him a backup inside linebacker role with the potential to be utilized as a sub-package blitzer.”

Nick Farabaugh has him at number 209 in his Top 300 stating, “Yes, Smith is going to be sliding inside. That means a whole new transition for him and he will have to learn a whole new position. As a 4-3 SAM we will see what he can do, and many will be hoping for Joe Schobert 2.0, no doubt, but that is a difficult prediction and projection to make with a player. Sutton just simply doesn’t have the frame to be an OLB or EDGE guy anyways.”

Daniel Valente profiled him for Steelers Depot and gave him a late day three grade and said, “Smith has all the statistics and production needed to make a claim for himself but at the end of the day, his size and lack of strength hinders his ability as a natural pass rusher. Seeing that Smith already struggled against NCAA level linemen, it is extremely unlikely he would fare much better against the grown talent the NFL will throw against him. His role in the NFL likely boils down to two positions. The first being a backup pass rusher where a coach can try to find a way to help Smith overcome his size with his speed and dip move. The second being an off-ball linebacker where his hustle and tackling consistency can make him a great depth piece. Whether as an off-ball linebacker or backup pass rusher, Smith has the makings of also being a special teams ace.”

As you can see from the comments above a position change is likely moving to an off the ball linebacker position. If that’s the case then it will take some time for him to learn the new position but this would be another player you could immediately stick on special teams and let him show off that motor chasing down kicks.

Overall: Predictions had him as a late day pick and that is where he went.  When you get into the late rounds you look for athletes that can help, especially on special teams and that is where Smith with be used. This is a slight reach at the top of the 6th round but for what he brings to the table it’s a solid value as well.