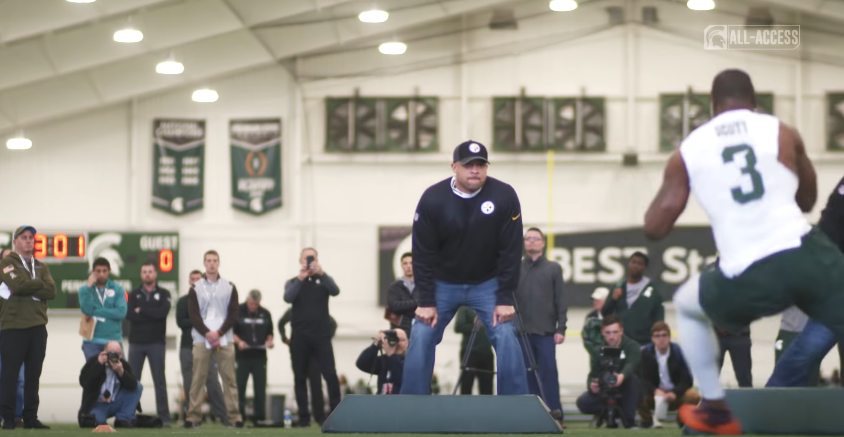 If there’s one thing that Pittsburgh Steelers Head Coach Mike Tomlin doesn’t concern himself with too much, it’s his coaching staff’s prior NFL experience. He has a long history of being the one to give guys their first opportunity in the professional realm, and that started with Randy Fichtner as wide receivers coach as he came into Pittsburgh in 2007.

He hasn’t been shy about doing it since then, either, especially with former players such as Carnell Lake and Joey Porter, both of whom had one season of collegiate coaching experience prior to their hiring. Last year it was long-time college coach Tom Bradley joining the secondary. This time around, it’s North Carolina State’s Eddie Faulkner, who is making the college-to-pros transition just one year after one of his players did so with the Steelers in Jaylen Samuels.

Tomlin decided not to renew running backs coach James Saxon’s contract earlier this offseason, and Faulkner, with whom Tomlin and Fichtner already had relationships, was the man they brought in to replace him.

Like Bradley, though, it’s a whole new world that he’s adjusting to, and one that doesn’t spend so much time recruiting. “All the hours spent recruiting in college versus that not necessarily being the case at this level”, he told Missi Matthews, “is probably the biggest change and something to get used to”.

“But other than that, you know, it’s football”, he added, and he can’t wait to get things started. While Phase One of the offseason officially begins tomorrow, his access to players is still rather limited in terms of what they can do and what they can discuss.

“I’m definitely ready” to get out on the field, he said. “Like I said, when I got here in February, it’s been the administrative part of things and trying to get sorted out. I’m ready to get out there on the field, start to develop a relationship with the guys, both in my room and otherwise, and start to build this team”.

Of course he already has a strong relationship with Samuels, which should help both of them. The latter, a 2018 fifth-round pick, spent much of his rookie season learning the running back position, and gradually ascended to the top backup role, where he ended up starting three games due to injury, but his role on the team is not cemented in stone.