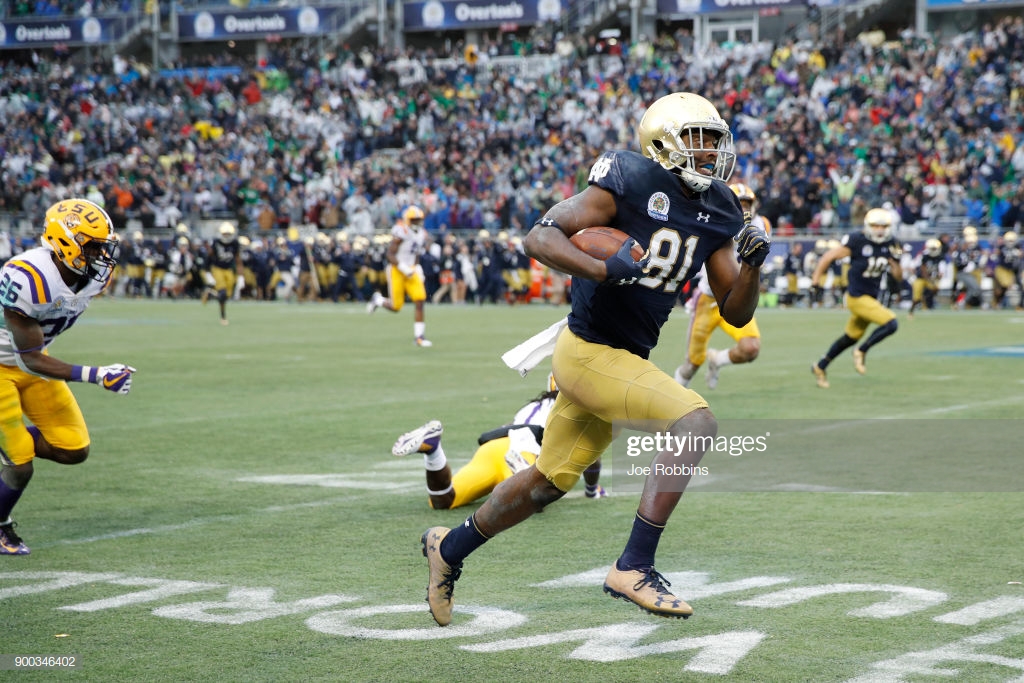 Day 2 of the 2019 NFL Draft in Nashville is complete, and the AFC North continued to add star power through the draft.

On a day in which the Pittsburgh Steelers grabbed wide receiver Diontae Johnson and cornerback Justin Layne, the Cleveland Browns may have one-upped them, continuing a terrific off-season that has the Cleveland franchise growing into an AFC power.

After trading their first-round pick a month ago for Odell Beckham Jr., the Browns moved up in the second round and grabbed arguably the best cornerback in the draft in LSU’s Greedy Williams at 46th overall.

Williams will pair with Denzel Ward to form a formidable cornerback duo with incredible ball skills on the shores of Lake Erie. Some question his tackling abilities, but I have no issues with his game. He’ll start opposite Ward from Day 1 and help the Browns defense take another step forward.

The Browns then reached in the third round, grabbing BYU linebacker Sione Takitaki, whom most expected to be a Day 3 selection.

At BYU, Takitaki was suspended four times before figuring things out. He’s an athletic, downhill linebacker that is as tough as they come, so he fits the mentality the Browns seek at linebacker. He’ll have an impact on special teams right away and could work into the starting lineup down the road.

In Cincinnati, the Bengals came away with a ho-hum haul of Washington tight end Drew Sample and NC State linebacker Germaine Pratt.

I’m a big, big believer in Pratt and am not looking forward to the Steelers’ offense dealing with his athleticism and play-making abilities twice a season. Pratt should fix the inside linebacker position for years to come in Cincinnati.

As for Sampe, ironically he ended up being the 52nd overall pick, which was originally Pittsburgh’s before the Steelers dealt it to the Denver Broncos for Devin Bush.

Sample is a solid dual-threat tight end, but it made very little sense for the Bengals, who have Tyler Eifert and CJ Uzomah on the roster already. It’s hard to see Sample getting playing time.

I’m not a fan of Ferguson whatsoever. He’s as stiff as they come coming off the edge, doesn’t have any counters to his rush and relies too much on power rushes. That won’t work consistently in the NFL the way it did at Louisiana Tech.

As for Boykin, the Ravens did a great job getting Lamar Jackson a big, physical receiver that wins vertically. Jackson throws a strong deep ball, and he now has a deep burner in Marquise Brown and a contested catch guy in Boykin