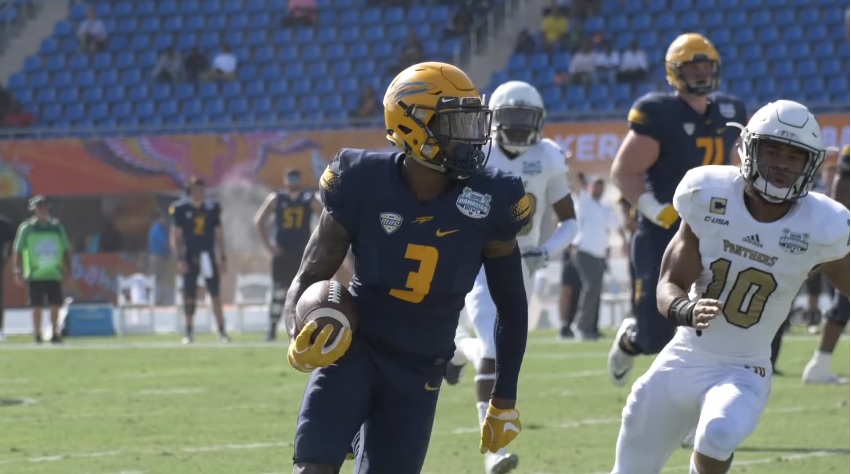 I’m convinced Mike Tomlin lost the remote in his couch cushions every Thursday night. With the way the Pittsburgh Steelers drafted not only this year, but in recent classes, the organization clearly has some MAC Fever.

And the only prescription was Diontae Johnson, Sutton Smith, and Ulysees Gilbert III. All three players who called the Mid-American Conference home for the last four to five years.

For a franchise that loves Power 5 picks and shies away from the FCS level, the MAC is becoming one of their favorite “small” conferences to choose from. It was most pronounced this year with those three selected but common in past draft selections too.

Including 2019, five of the last six classes have included at least one MAC selection.

That doesn’t even include three of the most talented players to play for Pittsburgh this century: Ben Roethlisberger, Antonio Brown, and James Harrison. Yup, all MAC alumni.

It might help, a little at least, the man who patrols this region has a pretty good ear of Kevin Colbert. That’s Dan Colbert, Kevin’s son, who essentially visits any school that has the word “Michigan” in it. If there’s a such thing as Michigan A&M, Dan Colbert’s there.

Referring to our Pro Day tracker, here are the schools he attended in 2019.

And while I can’t say with 100% confidence, I believe he attended Northern Illinois and Central Michigan’s workouts too.

He’s not the only person involved in the scouting process, of course. One of many pieces. And it was Pro Scouting Coordinator Brandon Hunt, not Colbert, who attended Akron’s Pro Day for the Gilbert III selection. But clearly, the Steelers like the reports they’re getting from him.

After the draft, Colbert and Tomlin downplayed concerns over the MAC being outside the Power 5, adamant it’s possible to get a fair evaluation based on the competition they face in and out of conference play.

“The MAC has been a very productive conference for us,” Colbert told reporters. “I believe we were at seven player on the roster last year. Obviously, a couple aren’t with us be we added three. The MAC has been good to us. Those players stand out at that level. But they play some bigger schools, bigger conferences and they usually hold their own. And those players show up in those games.”

Colbert pivoted to draft bowl games being important in that evaluation process too when players from all conferences go up against each other, making for an even playing field.

“A guy like Sutton Smith, as coach mentioned, was at the Senior Bowl. And actually worked some inside linebacker at the Senior Bowl. So you got to see him at a higher level at another position. That was encouraging. I don’t consider the MAC to really be a small conference.”

Tomlin then jumped in to point out the games Smith and Johnson had against schools you commonly see in the Top 25.

Sutton had 2 TFLs and a sack against the Seminoles and had another QB takedown in the season opener versus Iowa. In 2017, he notched one sack against Boston College and a pair of them versus Nebraska. Northern Illinois nearly upset BC, losing by three, and knocked off the Huskers.

Johnson tore up a talented Hurricanes secondary that had three players drafted to the tune of six receptions for 119 yards and two scores, adding in a 40 yard kick return for good measure.

So for your mock drafts next year, get yourself a kid from Toledo, Akron, or like the schools Colbert visits, any Michigan university whose name shares a cardinal direction.