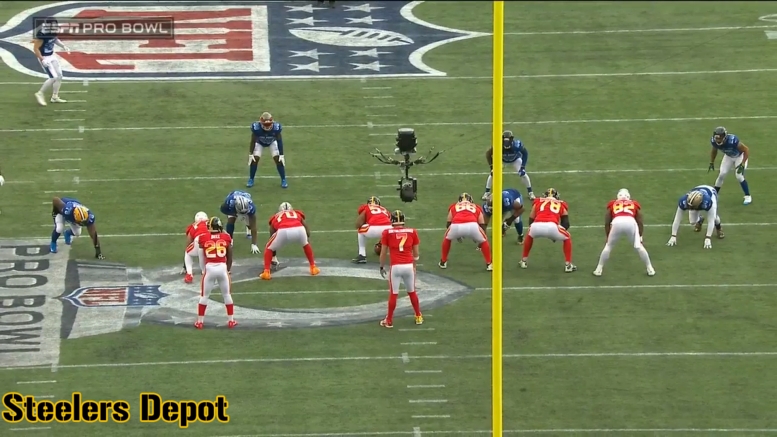 Topic Statement: The Steelers will once again send (at least) three offensive line to the Pro Bowl in 2019.

Explanation: Pittsburgh is, I believe, the only team in the league to have had three offensive linemen go to the Pro Bowl in each of the past two years. Those same three players remain on the team as starters, and two of the three have more than three Pro Bowls do their credit.

Once you make the Pro Bowl once, it’s easier to make it a second time. And the more you make it, generally, the easier it gets. With three multiple-time Pro Bowlers, the Steelers are well-positioned to make it three years in a row in which they send them all back to the exhibition game.

Alejandro Villanueva in particular is coming off the best season of his career, and Maurkice Pouncey had his best season since 2014. David DeCastro has been playing at such a high level that it’s really hard to get much better.

Add to that the fact that they retain continuity around them with Ramon Foster and Matt Feiler returning from last season—though the right tackle position had yet to be decided. And the Steelers should have a successful season. Successful teams get more favoritism toward Pro Bowl votes.

Be that as it may, we still have yet to appreciate just what the departure of Mike Munchak to the group will mean. While there is plenty of confidence in Shaun Sarrett to succeed him, the fact is that he hasn’t done it on his own yet, and is thus unproven, even if he has largely done almost everything already that will be asked of him.

Aside from that, it’s simply hard to make the Pro Bowl three years in a row, in part because it also means that almost everything has to go right for three consecutive years. That doesn’t often happen. And there is talent in particular at tackle in the conference that Villanueva will have to contend with to retain his title, including Russell Okung, Taylor Lewan, and Ronnie Stanley, with other young tackles set to mature sooner than later.