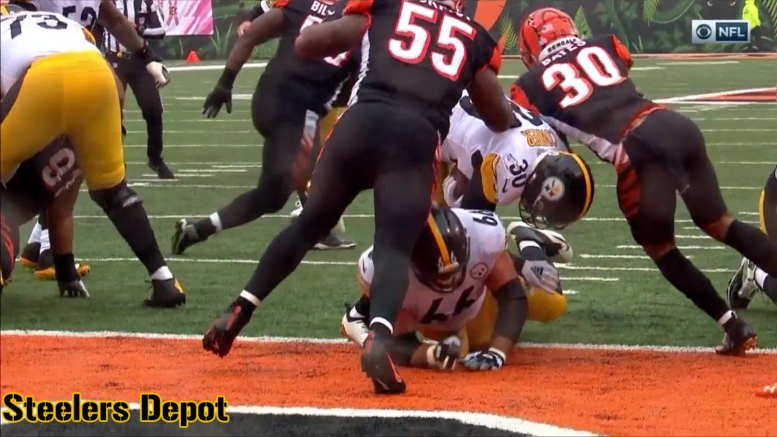 Topic Statement: Running back James Conner will have double-digit rushing touchdowns again in 2019.

Explanation: In his first season of significant playing time, James Conner rushed for 12 touchdowns in 13 games. Le’Veon Bell never had more than nine rushing touchdowns in a season, though his backup, DeAngelo Williams, had 10 in 10 starts in 2015. Rashard Mendenhall was the most recent to do it before that in 2010.

If the offense has as many red-zone opportunities in 2019 as they did in 2018, and they continue to turn to him in those short-yardage situations, then there’s nothing saying that he shouldn’t duplicate his feat again. His touchdowns were not flukes, but typically well-earned in goal-to-go situations.

In fact, nine of his 12 rushing touchdowns came from four yards in or more, with eight of those being within two yards. Of course, many of those were not the first play. only four of those eight, in fact, were on first down.

And he did also display some breakaway potential with two touchdowns of 22 yards. Both of them came against the Cleveland Browns, though in two different games. His five primary run blockers will all be returning from last season as well.

Given that the Steelers have only had five 10-touchdown seasons on the ground going back to 2000 (and likely beyond, I wouldn’t necessarily bet anything significant on the prospect of Conner repeating. The fact that eight of his scores came from within two yards is significant, because he’ll need the opportunity to repeat that feat, and that won’t necessarily be replicated every year.

It also seemed at times that the team was going out of its way to get Conner the ball in those situations, wanting him to score. I don’t know if they were perhaps trying to send a message to a certain other running back or not, but we do know Ben Roethlisberger also likes to throw the ball on just about every down if he can.