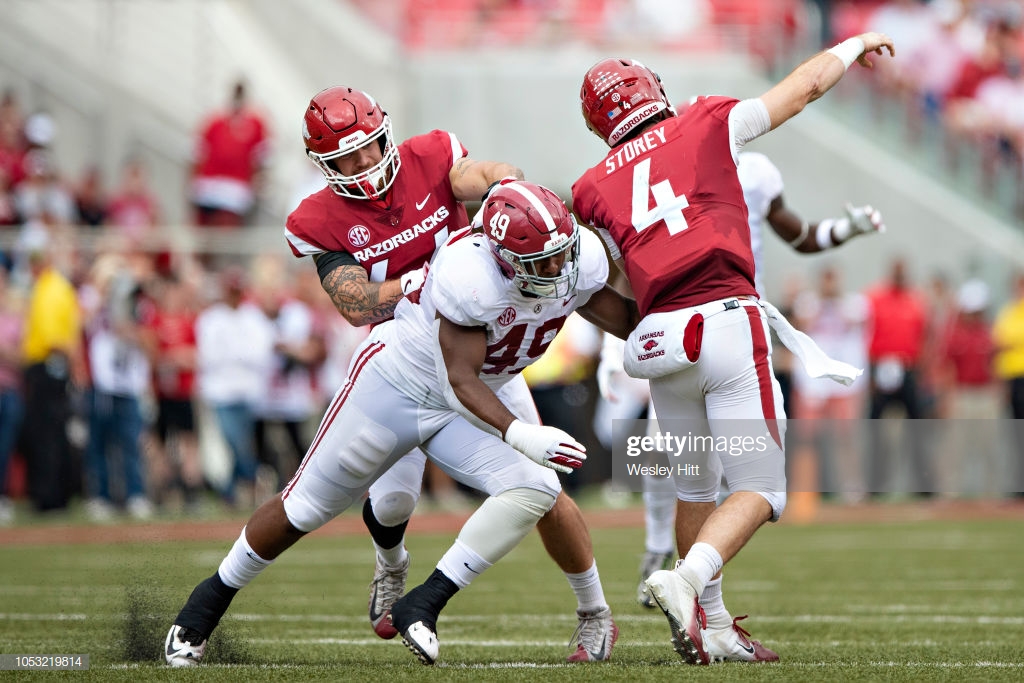 Explanation: McCullers has gone back and forth over the course of his career in what his role would be. He was the primary interior backup in 2016 and 2018, but not in the other two seasons, during which he was mostly a healthy scratch. Buggs is a versatile lineman who can play up and down the line, which is what the team prefers in its fifth defender.

It is for the exact reason I stated above that Buggs is going to have the advantage over McCullers to dress for games. The Steelers have been trying for years to get McCullers to a point where they were comfortable using him in a variety of packages that would allow them to play him more, with limited success.

Buggs has the size and athleticism to line up at just about any technique the Steelers would ask him to do, and like Joshua Frazier last year, he will already know what is asked of him because he was coached by Karl Dunbar. The difference is that he actually got to play, and had success on the field.

The Steelers also want somebody who can actually get to the passer, and Buggs can certainly do that better than McCullers. He recorded nine and a half sacks last season. McCullers had one and a half in college, and not many more in the pros.

While he is more experienced in terms of playing time than Frazier was, and also more versatile, last year’s experience has already proven that knowing your coach isn’t automatically going to be a meaningful advantage. McCullers is in his sixth season in this system and has taken to Dunbar’s coaching more so than he ever did under John Mitchell.

It’s been a while since the team has really hit more than a soft single on a late-round defensive lineman, from Doug Worthington and Ra’Shon Harris to L.T. Walton and Nick Williams. The only advantage Buggs has over those guys is that there is an open roster spot. But he will have competition from the likes of Lavon Hooks and Casey Sayles, both of whom have put down some solid tape at the professional level within the past year.