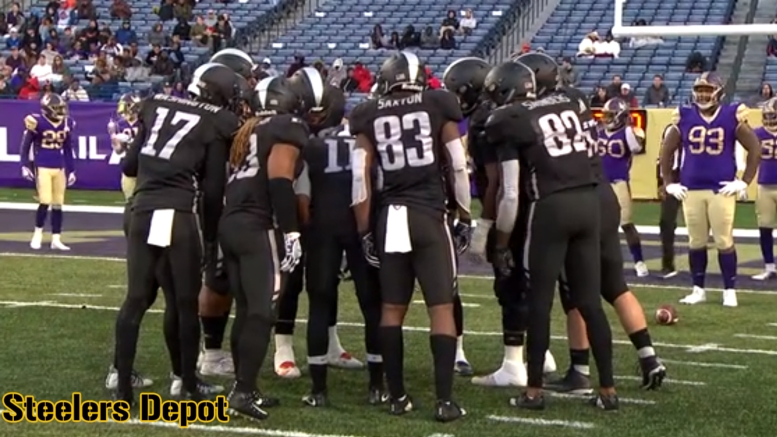 Whether or not there is a postseason for the inaugural year of the Alliance of American Football remains to be seen. Whether there is even another game to be played of the eight remaining in the final two weeks of a 10-week schedule may also, reportedly, be up in the air.

But should the AAF complete the season, then the Birmingham Iron—of whom the Pittsburgh Steelers are an affiliate team—will be there, as by virtue of their victory yesterday over the Atlanta Legends, they have secured a berth into the postseason for the Eastern Conference, where they will face the Orlando Apollos in the Conference Championship Game.

The league is made up of eight teams, divided into two four-team conferences. Obviously, the top two records in each conference advance to the postseason, playing one against the other, and the two of those emerging to face off in the championship game. At least, that is how it will work if it actually happens.

As an affiliate, it’s no surprise that the Steelers have a lot of representation on the Iron’s roster, though some of that is from happenstance as well. The most significant contributors from the team’s past for Birmingham have been cornerback Jamar Summers and defensive lineman Casey Sayles. Both are former college free agents who spent the offseason in Pittsburgh, though Summers was inactive for the game, I’m assuming due to injury.

Should they have a postseason to play in, however, they will likely have to ask much of their defense, as it’s been rare for their offense to do much. The quarterback play in particular has been rather ineffective. Two quarterbacks combined for 96 yards on 26 attempts yesterday with zero touchdowns.

Since his big breakout game a few weeks ago, former Steelers offseason wide receiver L’Damian Washington has hardly been involved at all, catching one pass since then for I think…one yard. The Iron has favored throwing to their tight ends, and Quinton Patton is their top wide receiver.

As an aside, it’s interesting that three former Steelers are among the league leaders in interceptions. A couple of players have picked off four passes, but each of Summers, Terence Garvin, and Steven Johnson—the latter two linebackers of course, and both veterans—have each gotten three this year in the AAF.