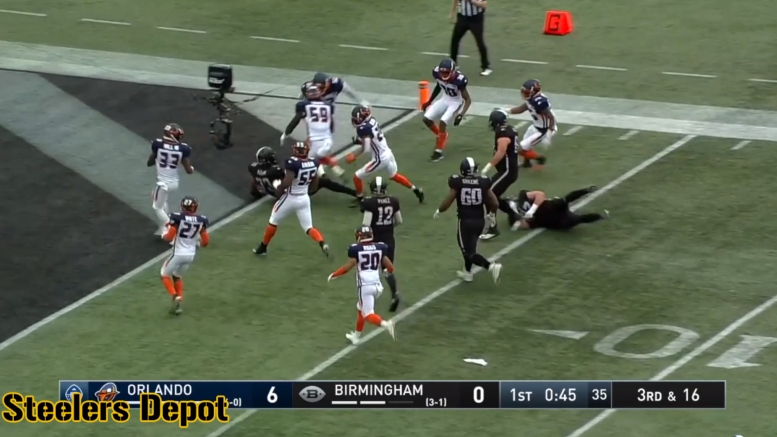 Even though everybody was aware of the fact that it was a possibility that Alliance of American Football Chairman Tom Dundon would exercise his right to suspend the league’s activities by pulling the bulk of his investment, there doesn’t appear to be anybody who wasn’t caught off-guard when it actually happened earlier this week.

Dundon’s decision left the remnants of the enterprise in disarray, with the players bearing the bulk of the brunt of it. You likely have heard the stories of players returning to their team hotels only to find their belongings line up outside of the hallways after the companies kicked them out. At least one player had his own credit card charged. In the meantime, players who suffered injuries are concerned about their medical bills.

AAF co-founders Charlie Ebersol and Bill Polian did not want the league to end, but when Dundon bought a majority share in the company they forfeit their protection against that happening, as they ceded control of that decision. So they were not prepared to deal with the consequences of the mid-season succession of power.

“We had lots of hiccups” in the closing of the league, he told SiriusXM. “It came so quickly — some of it was a little bit expected but a lot of it was unacceptable. But we’ve rectified that and I’m glad to see that’s been done. Myself and many of the GMs, even though we’re not on the payroll, we’ve been working all day to try and rectify those problems”.

It’s very fair to question why the league did not have in place a better contingency plan to deal with what would happen should the league fail. No matter how confident they were in their product and in their investors, it’s woefully irresponsible that it was allowed to unfold in this manner.

However, what is done is done and we can only move forward now. Over a dozen AAF players have already signed contracts with NFL team and others will continue to do so in addition to seeking opportunities in the CFL and the XFL. The league issued a statement on the matter last night as well:

“This week, we made the difficult decision to suspend all football operations for the Alliance of American Football”, it reads. “We understand the difficulty that this decision has caused for many people and for that we are very sorry. This is not the way we wanted it to end, but we are also committed to working on solutions for all outstanding issues to the best of our ability”.

The Alliance is reportedly still angling for a second season in 2020 by seeking new investors, but the reality is that they will be judged for the manner in which the league ended, and how they handle the aftermath.