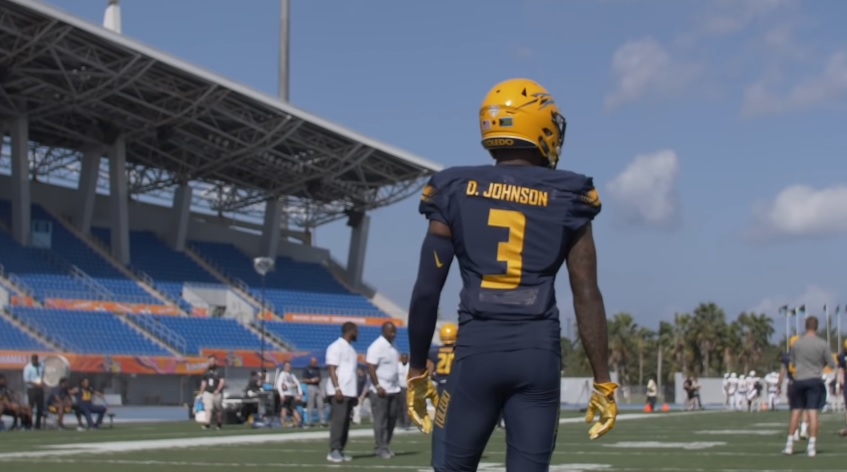 Question: Will Diontae Johnson’s play live up to his draft pedigree?

A lot of Steelers fans seemingly had to do a double take after the team used its first of two third-round picks—its first since the 10th-overall selection—on Toledo wide receiver Diontae Johnson, a college player who bears a lot of similarities to Antonio Brown when he was coming out of Central Michigan in 2010.

Many mock drafts had Johnson going later in the draft, sometimes much later, but there were some places who rated him higher, and reportedly the Steelers were told that he would have been off the board soon after they selected him had they not done so.

While some might be frustrated over the selection—and by extension, the players they chose to pass up, such as Chase Winovich—the next and only step is to see where things go from here. Johnson is now a wide receiver for the Steelers and will come in to compete for a role right away, both on offense and on special teams.

When you lose a player of the caliber of Brown—and remember, they also lost Martavis Bryant last year—it’s hard to ever overspend in seeking options to fill in the gaps. Behind JuJu Smith-Schuster, they now have James Washington, Donte Moncrief, and Johnson, in addition to Ryan Switzer and Eli Rogers to round out the group’s top six.

As has been pointed out a number of times since well before the draft even took place, the Steelers have had a pretty good track record at wide receiver over the course of the past decade, and they also have the quarterback who can get those wide receivers the ball. There’s room in the offense for a new X receiver. Johnson figures to get at least some of those snaps as a rookie.