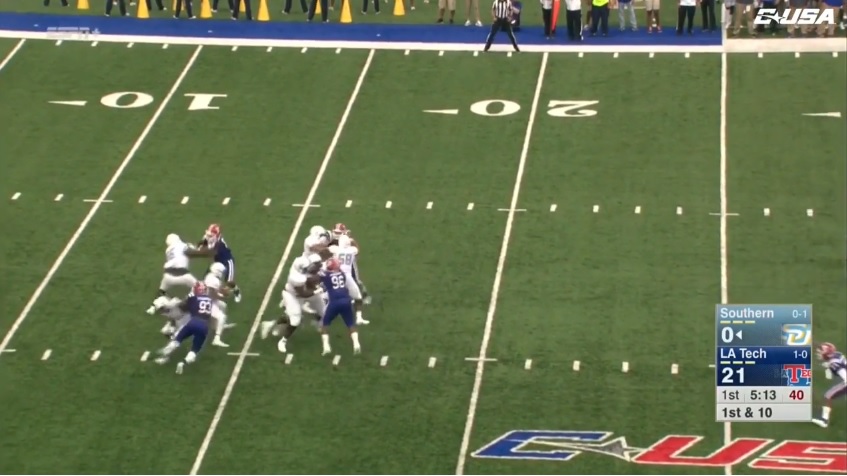 – Thick body, big lower half, and has adjusted weight to have a more defined position (listed at 287 in bio), done well to add weight throughout his college career without it looking sloppy (came to school at 230 pounds)
– Versatile player who wore a lot of hats, capable of playing inside/out, hand up or down, and even saw some work off ball
-High energy player with active hands and works hard to stay disengaged
– Shows a variety of rushes (bull, club, swim most popular moves)
– Good effort player who runs after the ball
– Didn’t receive a lot of playing time, has room to grow with more work
– Ran well for his size at Pro Day

– No defining trait that separates him from other prospects
– Lacks pass rush plan and often unable to defeat blocks even with his hand use
– Underpowered and club rarely knocks the tackle’s hands down, all over the place with his punch and placement that throws off the timing of his rush
– Needs to play under more control with his punch and how he attacks, big ball of energy that usually goes nowhere
– Average athlete who struggles to turn hips to bend the edge even when he wins initially
– Didn’t drop into coverage despite playing so much with his hand up
– On ground too often and knocked off balance
– Eyes tend to drop when taking on blocks in the run game
– Doesn’t always use his hands in the run game and allows him to be too easily controlled
– Limited playing time, only one year of production and even then, it was limited
– Didn’t make many splash plays and when he did, often took advantage of a bad matchup/blown protection
– Overall inconsistent player whose flashes aren’t enough to wow you and buy into him

Checking out Turner, a lightly known prospect, for the fact the team met with him at his Pro Day. He has a semi-similar skillset to a recent prospect, Vanderbilt’s Dare Odeyingbo, especially now that Turner has added weight to look more like a linemen than an edge rusher.

To his credit, Turner is a really high energy dude whose hands are as active as you can expect. Problem is he expends a ton of energy often going nowhere. He’s an atom bouncing around side to side, needing to learn how to use his hands properly to actually win matchups.

He was a versatile piece for La Tech’s defense, playing the edge, 4i, split over #2, and in his junior year tape, I even saw him as an off-ball linebacker. 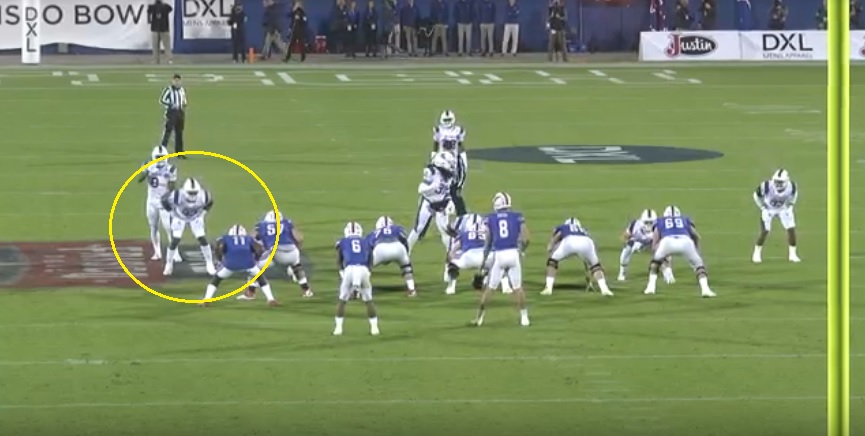 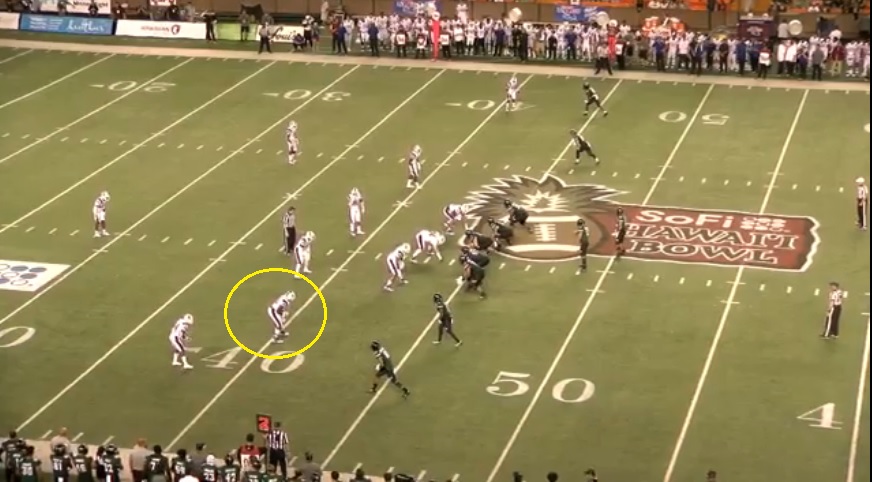 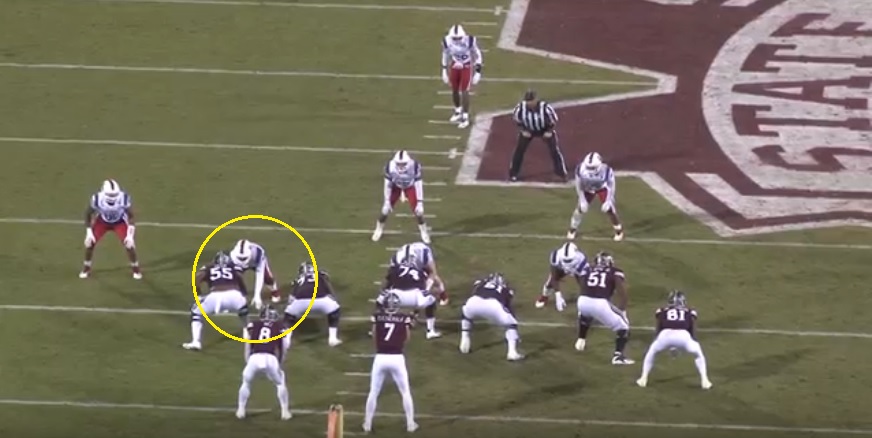 Although his hands are generally active, there’s times where he also forgets to use them. And gets beat up at the line of scrimmage because of it.

I like Odeyingbo more because he has a more defining trait, his power and punch, though Turner is a better athlete who – in theory – has more upside. But that ceiling is still low and there’s a lot of work to do for him to unlock anything as a pass rusher. That starts with trying to find a go-to move, one he currently does not have. Another UDFA who can come and compete but I’m not burning a pick on him.

Games Watched: vs SMU (2017), at Mississippi State, vs Hawaii