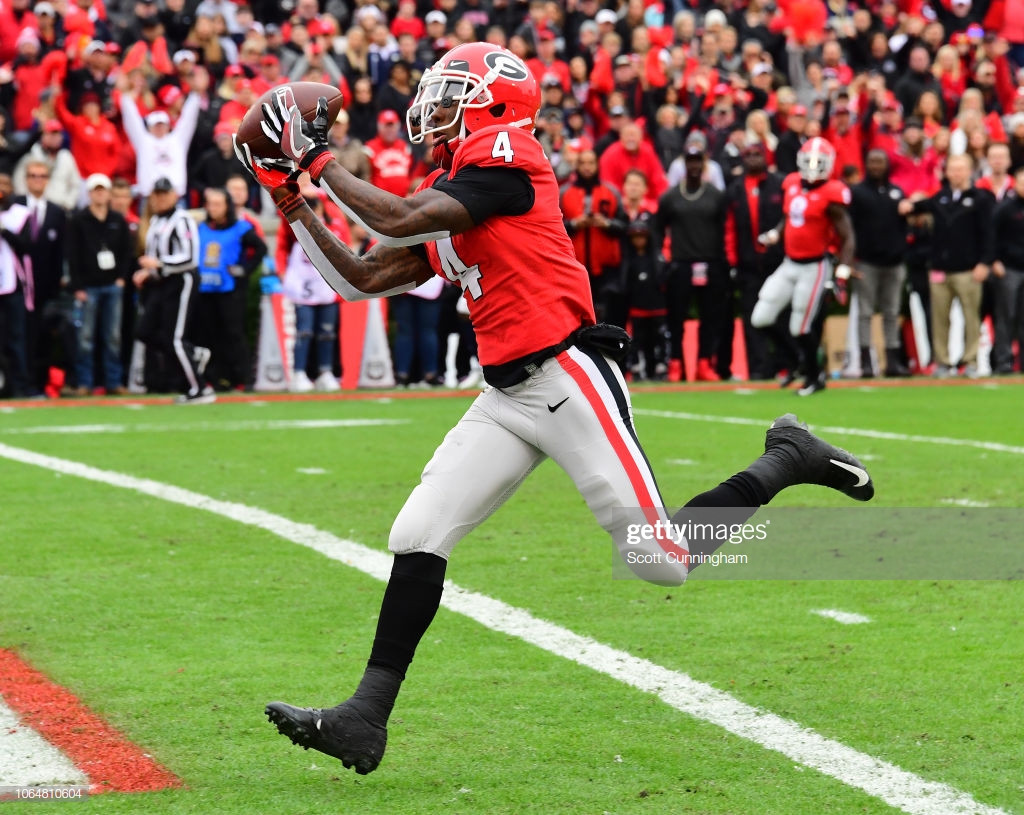 Mecole Hardman is absolutely the fastest receiver in this draft and even perhaps the fastest guy in the draft on tape period. He flies, but his game is not predicated purely on that of speed. Those wheels are useful in every facet of his game, but his flexibility is still impressive and he has elite burst, which might be even more important that vaunted long speed anyways. The speed and burst translate right into his router running, though, which is really, really good for what you would like to see out of a speed guy. The biggest fear with guys like Hardman is that they are just all speed, injury prone, and completely collapse under press coverage. Now, while Hardman faces some issues with press coverage and even awareness issues in route running, his game will not be shut down that easily because he is so much more than speed. His muscular build also makes it seem that he won’t be injured very often. Regardless, Hardman can block well for his frame too

It seems that this is the type of receiver that I would just love to have. I can vouch well his NFL prospects because of plays like this.

Check out how quick and explosive the cut on this corner route. He flies off the line to make it look like he is going deep off the free release and in off-man coverage, and makes three cuts that are so sharp and fluid that he gets an easy eight yards of separation. After catching it, he just hits the second gear and goes into that blazing long speed and is gone. This is what Hardman can do for you and why he is going to be such a great route runner at the next level. The hip explosion he has is incredible along with great foot speed.

Then on this copper route Hardman should be charged with a federal crime. Everything about this is absolutely gorgeous. From running with his pads over his knees, to the knee-jerking cut he makes after he fakes the corner into the post, it is just a route of beauty. The DB is just lost because of the explosion right off of the cut too. Hardman is a true deep threat and has the combination that not many of these true speed guys really do have in their arsenal.

When Hardman is thrown into wide open space, he is dangerous because of his burst, contact balance, and vision. His ability is somewhat running back like in the open field. He starts off by catching it solely with his hands and then takes a hard angle to the sideline because he has the burst and speed to win around that edge. The contact balance to stay up is because of his strength in his center of gravity and surprisingly good leg churn for his size. Hardman is pretty dang strong in weight room I’d guess.

And as a final speed and athleticism showcase, Hardman goes for a hurdle over a man and dusts these South Carolina defenders around the edge. The man just has impeccable short area burst.

Mecole Hardman is not a refined product, as he worked primarily out of the slot and ran a limited route tree at Georgia, but dangerous deep threat ability, largely through his speed and incredible route running skills, imply that Hardman should be a good complement at the next level. He will never be a true number one at the next level, but as a guy who can take the top off the defense and create plays in open space, he is going to find a spot easily.

Games Watched: vs South Carolina, vs Alabama, vs Missouri, vs Vanderbilt, vs LSU