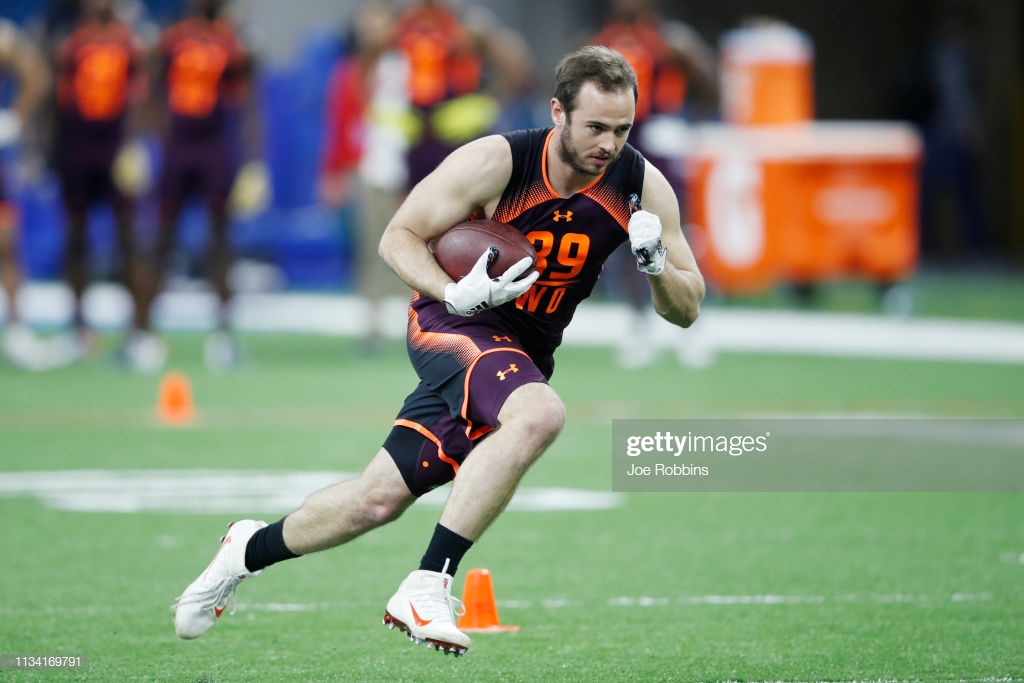 The Pittsburgh Steelers had a large contingent at the Clemson pro day this past week and while most of their focus was probably on several of that school’s top defensive players, they certainly didn’t ignore the top offensive on display during the event, wide receiver Hunter Renfrow.

Renfrow confirmed on Saturday from his football camp at Nettles Park in Clemson that he spoke with Steelers head coach Mike Tomlin during his pro day last week. When asked if he could reveal what all Tomlin had to say to him during his pro day, Renfrow obliged.

“Something that I love about their organization, because Tyler Grisham was there, and they’re all about family,” Renfrow said, according to an interview posted on YouTube by The Clemson Insider. “And they are a lot like Clemson from that standpoint. You can tell he’s [Tomlin] just a great guy. I got to introduce him to my dad. He, actually, we were watching practice, and he wanted to meet my dad. And so he’s just a special guy, a lot like Coach [Dabo] Swinney, and I would be excited to play for him if I got the chance.”

The Steelers figure to select yet another wide receiver in this year’s draft after trading away Antonio Brown to the Oakland Raiders at the start of the new league year. Assuming they do draft another wide receiver this year, one would think that player would be one best-suited to play the X position. Renfrow, who measured in at this year’s scouting combine at 5102, 184-pounds with 29 1/8-inch arms and 7 7/8-inch hands, is likely best-suited to play in the slot at the NFL level and just as he did quite a bit during his college career at Clemson.

In his four seasons at Clemson, Renfrow caught 186 passes for 2,133 yards and 15 touchdowns in the 55 games that he played in. He’s currently expected to be a late day-two or early day-three selection in this year’s draft and many draftniks already speculate he’ll land with the New England Patriots. Renfrow was asked about that possibility on Saturday and he admitted he’s already dreamed about playing for the Patriots, who he admitted he talked to quite a bit at this year’s Senior Bowl.

“It’s weird, like, I would love to be a Patriot,” Renfrow said. “Whoever gets me, gets me. That would be awesome, but I woke up, I had a dream I was a Patriot last night. It was the weirdest thing. I went to sleep and I woke up and I was having a meeting with Tom Brady and it was like the weirdest thing. I don’t know, so we’ll see what happens.”

We’ll see which team ultimately drafts Renfrow, but I think he has better odds right now of being selected by the Patriots than he does the Steelers.