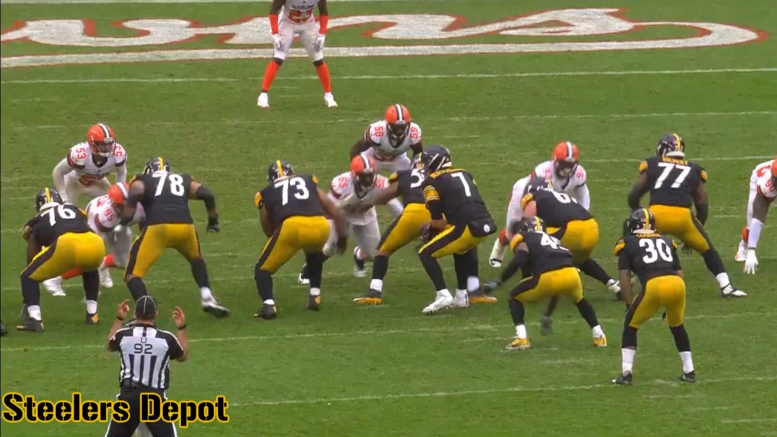 Contract extensions for offensive linemen might not be the most exciting news stories on the eve of free agency for a fan base, but I can assure you that nobody is more thrilled about what just transpired in the UPMC Rooney Sports Complex yesterday than a certain 37-year-old quarterback. Which is a pretty big deal.

Perhaps as a prelude to a new extension with said quarterback, the Pittsburgh Steelers yesterday revealed that they had struck a new two-year agreement with left guard Ramon Foster and a two-year extension onto the current contract of center Maurkice Pouncey.

Foster, 33, had indicated previously that he was very open to testing the market, but elected to re-sign for $8.25 million over the two years, which will represent his largest earnings over a 10-year career. Pouncey received $22 million in new money over the two new years, which is the highest per-year salary ever at his position.

What this ensures, however, is that Ben Roethlisberger’s protectors will remain 100 percent intact for at least one more season [note: article was written before Gilbert trade]. That is more significant this season than it might ordinarily be not only due to the fact that he is due an extension, entering the final year of his deal, but also because the line is transitioning from Mike Munchak as their coach to his long-time assistant, Shaun Sarrett.

The only position in any type of question is right tackle with Marcus Gilbert, 31, entering the final year of his contract and a possible, though at this point probably unlikely, salary cap casualty after spending the majority of the past two seasons on the sidelines injured or at home suspended.

But even when Gilbert is gone, whether that is in 2019 or in 2020 after he plays through his contract, the Steelers still have the continuity available to them. At a bare minimum level, they could have Matt Feiler, who started 10 games there in 2018. And if he doesn’t start, it will be because somebody like Chukwuma Okorafor had beaten him for the job, which is a positive.

Behind this offensive line, three different running backs have recorded a season in which they compiled at least 900 rushing yards with double-digit touchdowns from scrimmage. Two made the Pro Bowl and the other deserved it.

The Steelers’ sacks have plummeted in spite of the fact that they are typically among the leaders in dropbacks. They hit the big plays down the field when the ball is delivered in time. Some of the bigger issues in protection have come from novice running backs more than anything else.

The offensive line is the one position more than any other over the course of the past decade in which the team has hardly taken a misstep. Outside of the unfortunate Mike Adams selection, theirs is a very good track record. They were committed to building the offensive line that would see Roethlisberger through to the end of his career, and with yesterday’s deals, they got a lot closer to that.