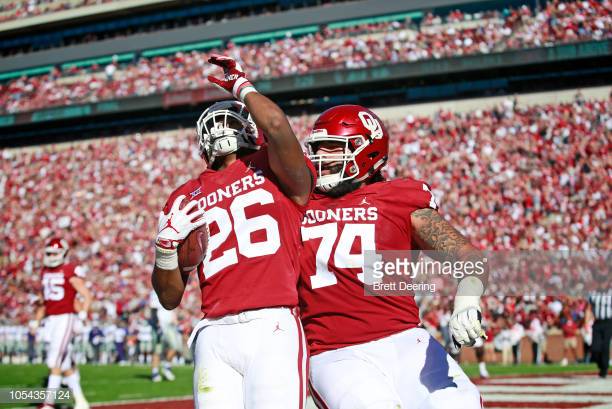 Today’s buzz, rightfully so, will be about the Pittsburgh Steelers’ brass attending Michigan’s Pro Day. But Devin Bush, Chase Winovich, and company aren’t the only players the team has recently shown interest in. According to Draft Analyst’s Tony Pauline, one of the top guys for Pro Day details, they’ve also taken long looks at Oklahoma’s tackle/guard Cody Ford and Vanderbilt defensive linemen Dare Odeyingbo.

From Pauline regarding Ford:

“Among the teams who had offensive line coaches in Norman were the Buffalo Bills, Philadelphia Eagles, Tampa Bay Bucs, New York Giants, Pittsburgh Steelers, Miami Dolphins, Carolina Panthers and Baltimore Ravens…The day before the workout, Ford had dinner with the New York Giants, who will look to upgrade their right tackle position during the draft. He also met extensively with the Pittsburgh Steelers. The Cincinnati Bengals are also showing a lot of interest in Ford.”

While Pauline doesn’t make it clear which Steelers’ line coach is there, we know assistant Adrian Klemm was spotted in Wisconsin that day. So that means we can say with certainty it was Shaun Sarrett in attendance and meeting with Ford. Ford has guard/tackle versatility, making seven career starts at guard before moving to right tackle in 2018, starting all 14 games.

At the Combine, he weighed in at 6’3/6, 329 with 34 inch arms, putting up 19 reps on the bar. He is considered a borderline Day One selection and is unlikely to become a Steeler. Teammate Dru Samia, with 48 career starts, could be a more likely selection in the later rounds.

Pauline says the Steelers have “shown interest.” He is likely to be undrafted and is ranked as the 50th best defensive end in Scott Wright’s rankings. For Pittsburgh, he would play an interior role.