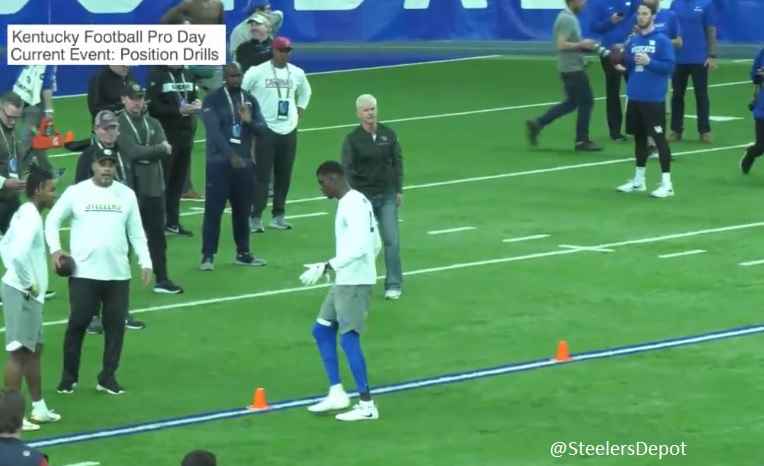 According to Tom Pelissero of the NFL Network, Steelers running backs coach Eddie Faulkner was present for the Kentucky pro day on Friday to see running back Benny Snell Jr. and help put him through the paces.

In his three seasons at Kentucky, Snell registered 3,873 rushing yards and 48 touchdowns on 737 total carries. He also caught 29 passes for 216 yards in the 39 total games that he played in.

The Steelers had a few more representatives at the Kentucky pro day on Friday as well as edge rusher Josh Allen, cornerback Lonnie Johnson, Jr., safety Darius West, cornerback Derrick Baity, tight end C.J. Conrad, safety Mike Edwards, and linebacker Jordan Jones, all of whom were combine participants this year like Shell, also were on display along with several other draft eligible players. In fact, new Steelers defensive backs coach Teryl Austin put the Kentucky defensive backs in attendance through their position drills on Friday.

Allen, who registered 31.5 sacks in the 51 total games he played at Kentucky, is expected to be a top 15 selection in the 2019 NFL draft.