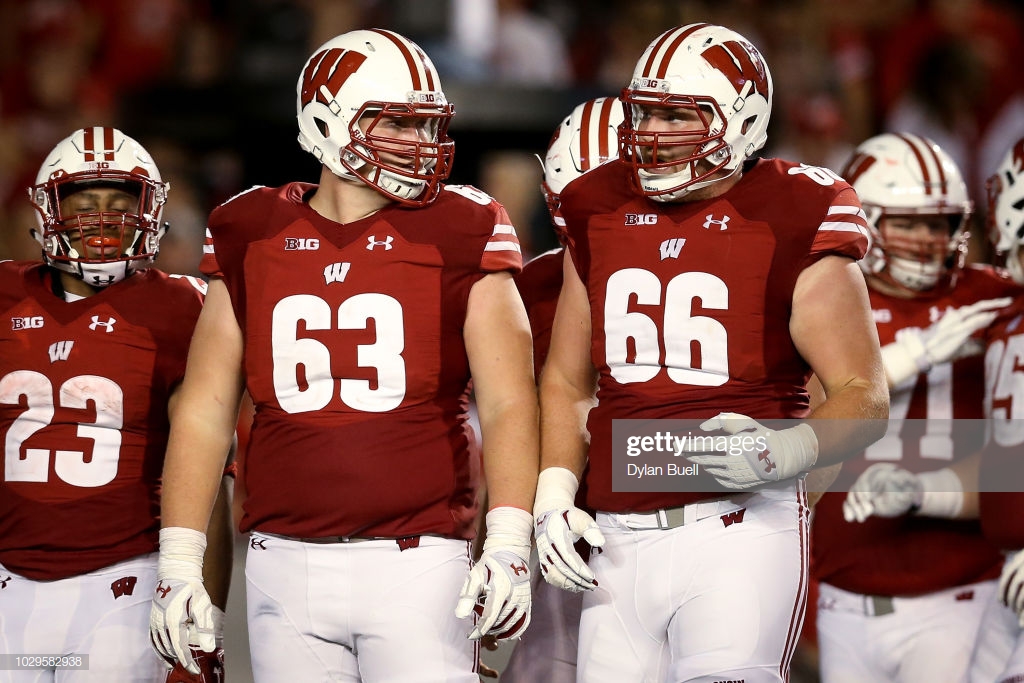 We know the decision makers in the Pittsburgh Steelers front office, Mike Tomlin and Kevin Colbert, will be attending Clemson’s Pro Day tomorrow. But the rest of the staff remains busy and at least one personnel member made an appearance for Wisconsin’s Pro Day.

Deiter is the name to watch here. He started a ton of games for Wisconsin, a school record 54 of them, and showed versatility in school. He started 24 games at left guard, 16 at center, and another 14 on the blindside. At the Combine, he weighed in at 6’5/1 309, ran a 5.23, jumped 28 inches in the vert, and benched 21 reps on the bar. He was named an AP 2nd Team All-American as a senior.

Pittsburgh has generally liked versatile players who can play multiple spots. Chris Hubbard, B.J. Finney, and Matt Feiler are all recent examples and you can go back as far as players like Trai Essex and early in his career, Ramon Foster. Deiter is viewed as a Day Three pick.

He might be most well-known for this touchdown catch to seal the deal against Illinois.

Trewyn, listed at 6’4 315, had a stellar 2018 campaign. He was named recipient of the Remington Award, given the Division II’s top center. He started all 14 games in leading UW-Whitewater to a 13-1 season and deep playoff run. A Wisconsin native he spent the first two years of his career at Minnesota-Mankato before transferring. Trewyn will likely be undrafted.

We’ll update the list later today but keep tabs on our Pro Day tracker at the link here.