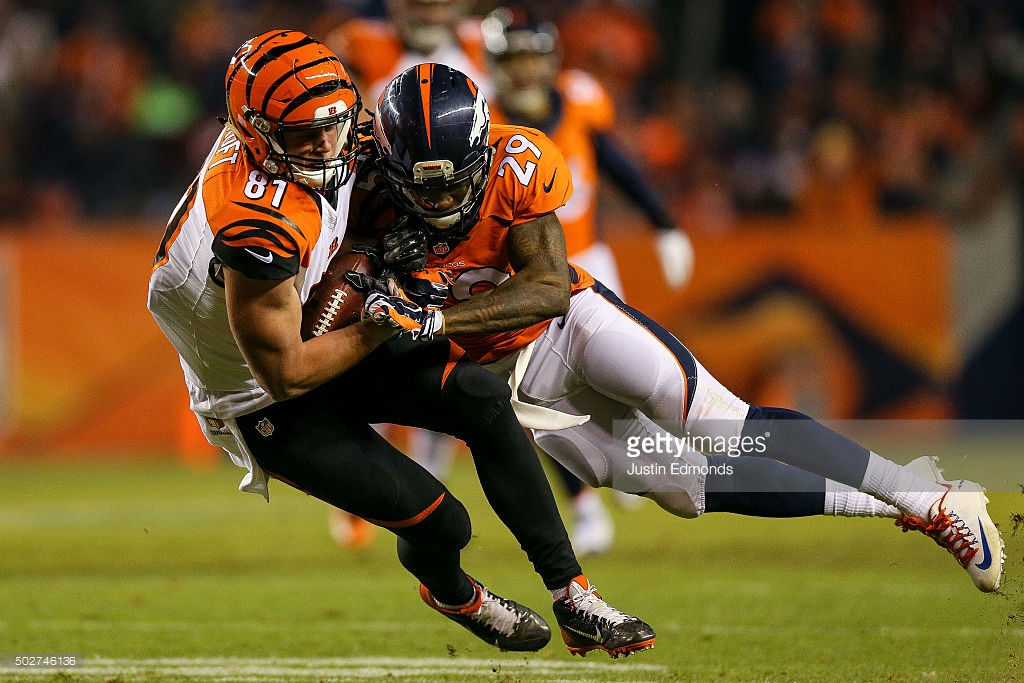 The Pittsburgh Steelers might be in the running for one of the highest-prized cornerbacks of the offseason. According to NFL Network’s James Palmer, Bradley Roby is drawing interest from several teams, including Pittsburgh.

Broncos former first round pick CB Bradley Roby getting a lot of interest. Looks like right now it could be down to Texans, Browns, Steelers, 49ers, Raiders and Broncos.

As his tweet indicates, Roby has also been linked to Houston, Cleveland, San Francisco, Oakland, and a return to Denver.

Roby is a 29 game starter for the Broncos, including 15 last year, with the flexibility to play outside and in the slot. He picked off seven passes with Denver but broke up sixty passes, according to Pro Football Reference, and is regarded as an excellent athlete who can cover in a man-heavy scheme like the Steelers have switched too.

Of course, he won’t be cheap. It’s hard to pin a specific number but Roby should cost at least $7-8 million per year and probably more.

Interest in Roby isn’t a shock. Cornerback is a glaring position of need and the Steelers brought him in for a pre-draft visit back in 2014. They often circle back to high pedigree players they liked coming out of college. Obviously, it’s very early and they’re far from the only team expressing interest, but if they’re going to make a splash, Roby might be the guy.