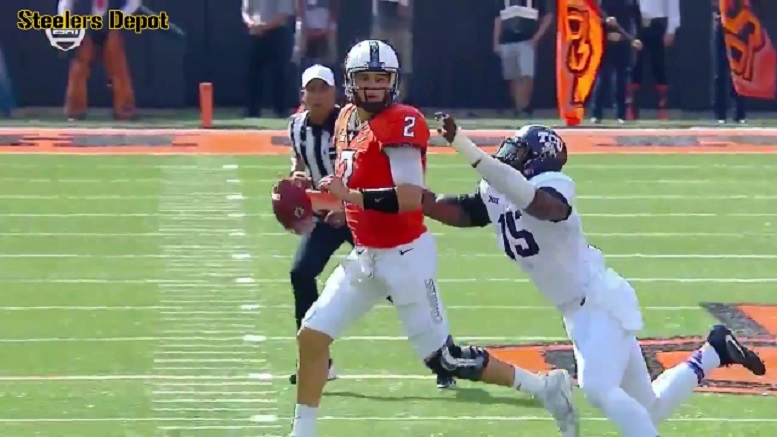 The Pittsburgh Steelers certainly could stand to draft another outside linebacker this year and it sounds like they have at least one now scheduled for a pre-draft visit.

According to Benton McDonald of TCU360.com, TCU edge rusher Ben Banogu has said that he has a pre-draft visit with the Steelers now scheduled.

Banogu’s combine numbers equated to a lofty and very impressive pSPARQ score of 145.2.

During his college career at TCU, Banogu registered 151 total tackles of which 49 of them resulted in lost yardage. 22 of those were sacks and he also had 7 forced fumbles and 3 pass breakups.

Below is a link to the scouting profile of Banogu we already have published on the site in addition to a link to his sack video.

We’ll look to post a full defensive play contextualization of Banogu in the very near future.