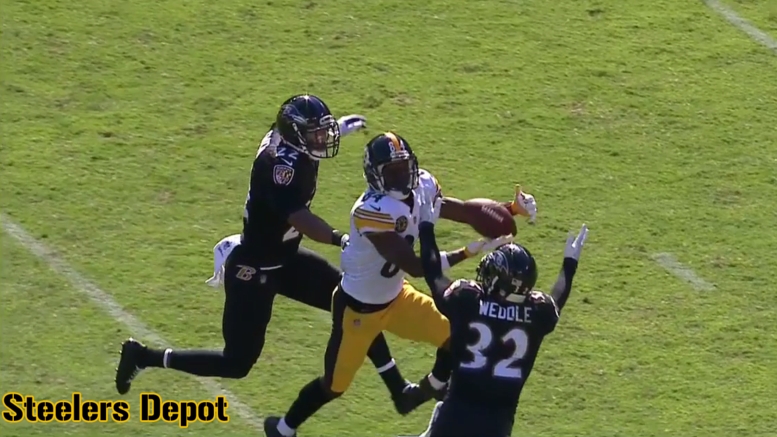 According to Ian Rapoport of the NFL Network, the Ravens are cutting Weddle, who has played his last three seasons in Baltimore. Weddle was scheduled to earn a $6.5 million base salary plus $1 million in incentives in 2019.

Eric Weddle was due a $6.5 million base salary plus $1M in incentives in 2019. Cutting him clears $7.5M in salary cap space, at a time the #Ravens are trying to re-sign C.J. Mosley … and now Weddle joins that deep free-agent safety class at age 34.

In his three seasons with the Ravens, Weddle, who turned 34 years of age in January, registered 220 total tackles to go along with 10 interceptions, 24 defensed passes and 3 forced fumbles. He was voted to the Pro Bowl all three seasons.

Weddle is a good friend of Steelers quarterback Ben Roethlisberger and thus it won’t be surprising to see the latter press the Pittsburgh front office to sign the safety once again just as he did back in 2016. Weddle even admitted last September during an interview that he would have liked to have become a Steeler.

“I thought I was a perfect fit for Pittsburgh,” Weddle said during an interview on ‘The Pat McAfee Show,’ when asked to recap how his 2016 free agency experience went. “They [the Steelers] just were hanging around and not wanting to pull the trigger there. They had some other options and guys that they needed to get done before me and they just never wanted to come get it. And I’m really good friends with Ben [Roethlisberger], so obviously that was a destination that I wanted to make happen, but it just never happened.”

Roethlisberger even admitted back in June of 2016 that he tried to get the Steelers to sign Weddle.

“I was trying to get him here,” Roethlisberger said when asked in 2016 if he tried to recruit Weddle to the Steelers. “That would have been good for us. Now, he’s the enemy.”

The Steelers have a long history of not signing outside defensive free agents over the age of 30 and especially to contracts for much more than the minimum. While Weddle is way over 30 at this point, the Steelers would be wise to perhaps change their 30 and over policy in his case. Weddle has missed just 7 regular season games in his 12 NFL seasons with his last one coming way back in 2015, which was his final season with the San Diego Chargers.

Weddle is a very smart defensive player and he would be a great leader in the Steelers locker room, which is really in need of another one right now. For what it’s worth, Weddle said in that same September interview that the Ravens would likely be the last team he plays for.

“I’m definitely not going to play for another team,” he said, “so I know that.”

It seems like he may have backpedaled on that statement since then, however.

Weddle suggested he might be playing elsewhere in 2019. Said he’d be open to it after previously saying he’d retire instead. Interesting addition to the market here. https://t.co/tK6n6ww2DP

What a great 3 yrs we had in BMORE!!! 3 Pro Bowls, #1 DEF, 2018 AFC north Champs. Ravens took a chance on me and will forever be grateful. Our family will miss Maryland. Excited to see where I end up next season!!!!