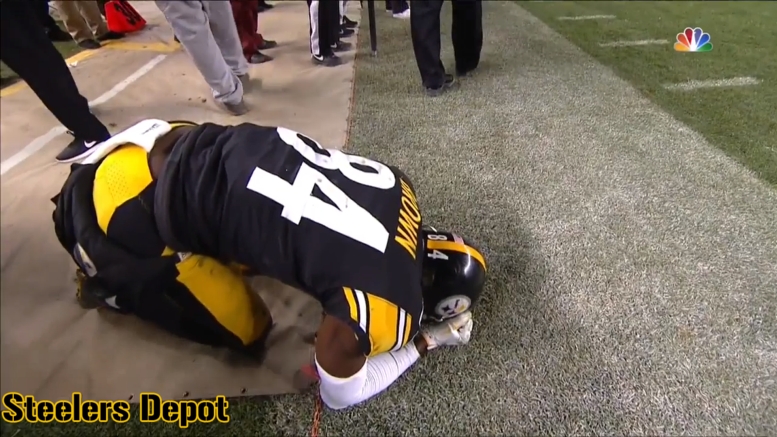 It might not surprise you to see that Pittsburgh Steelers wide receiver Antonio Brown is once again the topic of the day. The 30-year-old has done a great job of making sure that he continues to be the topic of conversation even though his 2018 NFL season ended sooner than most players because he was made inactive in Week 17 after he went incommunicado on the team over the preceding weekend.

While the NFL Scouting Combine is primarily about the college prospects looking come out and be selected in the NFL Draft, it’s also an informal gathering of representatives for all 32 teams, which presents a golden opportunity for business to be conducted regarding other football matters concerning veterans—or at least to put the groundwork in place for future business.

That is what the Steelers are hoping to do with Brown, who is by his choice on the trading block. There are reportedly at least three teams that have shown very meaningful interest in doing a deal, but I think it goes without saying that there are still details to be worked out before Pittsburgh pulls the trigger to send one of the greatest players in the game to another organization.

While many have come to believe that brown’s unusual behavior in recent weeks has been at least in part a ploy to force the team’s hand to trade him, many have wondered if he is not hurting his chances of being traded by making himself undesirable.

According to Aditi Kinkhabwala, he has seemingly turned a lot of general managers off from wanting to trade for him and everything that comes with the move, but it’s not so much about his behavior as it is more practical and fiduciary concerns.

“After many conversations with many different teams’ personnel folks, it sure sounds like the bigger impediment to an Antonio Brown trade is his expected desire for a new contract”, she wrote on Twitter yesterday morning, “NOT he spectacle stuff”.

Brown has alluded to wanting a new contract with guaranteed money. That’s not automatically a red flag for an All-Pro player wanting to be traded, but it’s very unorthodox when it concerns a player, especially a non-quarterback, who has three years left on his contract.

The Steelers signed Brown to a four-year contract extension in 2017 that was worth $68 million in new money, an average of $17 million per season, which at the time made him the highest-paid wide receiver in NFL history.

But that deal included only $19 million in fully guaranteed money in the form of a signing bonus. Among the highest-paid wide receivers around the league right now, that is one of the smallest portions of guaranteed money in a contract, by percentage.

The Steelers have twice signed Brown to contracts that were at the time were very good for him only for him to quickly grow dissatisfied with it. During his first contract, the team forwarded him an additional $2 million per season in the two penultimate years of his deal before signing him to his current extension.