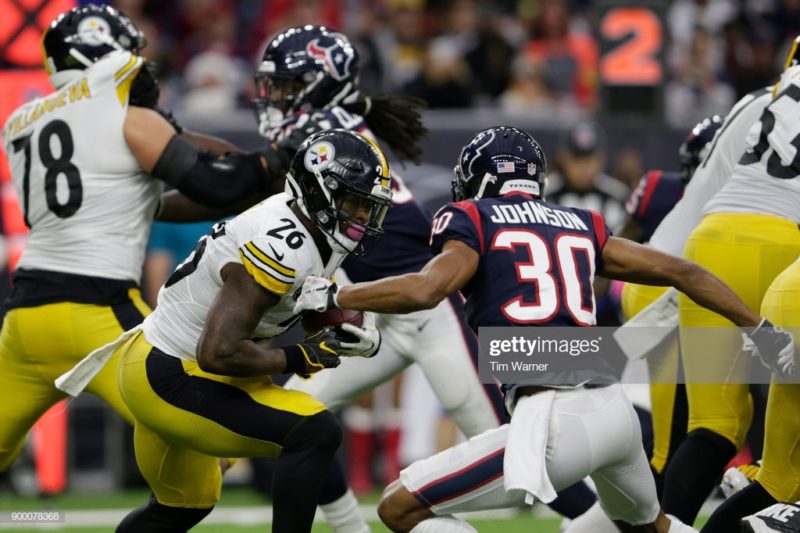 With the 2019 NFL scouting combine now over with, several NFL teams will be cutting some higher-profile players between now and the start of the new league year, as per usual. A lot of these higher-profile players aren’t likely to garner the interest of the Pittsburgh Steelers as history has shown us, but there is one former first-round cornerback who is being released that just might. That player is cornerback Kevin Johnson, who is reportedly being released by the Houston Texans on Tuesday.

Johnson, who played his college football at Wake Forest, was originally selected by the Texans with the 16th overall pick in the first round of the 2015 Draft. In his four seasons with the Texans, Johnson certainly didn’t live up to his draft stock as he’s registered just 1 interception and 14 total pass breakups in the 35 games he’s appeared in. While Johnson did play in every game for the Texans during his rookie 2015 season, since then he has been limited to playing in just 19 games over the course of his last three due to foot and knee injuries and concussions.

When it comes to his concerning concussion history, Johnson hopes and believes it won’t be an issue for him moving forward.

“They told me I’m cleared, good to go and I’m in great shape moving forward,” Johnson said, according to Aaron Wilson of the Houston Chronicle. “I’m feeling good. I’m going to be ready to go next season.

“It wasn’t the season I wanted to have, being out, missing the whole season with the concussion stuff. All of that is unfortunate, but it’s in the past and I’m moving forward.”

The Texans are cutting Johnson now because the fifth-year option the team picked up on him a year ago will become fully guaranteed come the start of the new league year in over a week from now. That’s certainly a wise business decision on their part and it sounds like the organization is hopeful to get him re-signed for less money in the near future. In the meantime, however, Johnson will seemingly have an early jump on free agency and thus can quickly test the market to see how other teams value him.

Whether or not the Steelers will have any serious interest in Johnson should be known fairly quickly with the start of the new league year now less than two weeks away. However, it is worth reminding everyone that the Steelers did have some level interest in Johnson prior to the 2015 NFL Draft as not only did general manager Kevin Colbert and head coach Mike Tomlin attend his Wake Forest pro day, they also reportedly had dinner with him while in town as well. As far as what our records show, Johnson was not one of the Steelers pre-draft visitors in 2015, however, not that that means too terribly much.

When it comes to the Steelers history of signing of outside free agents over the years, it’s easy to notice that Colbert likes going after players with high draft pedigree and ones he can get a bargain on. The Steelers could use another experienced cornerback on their roster this offseason and one also inexpensive enough that would still allow the team to also address the position early in the draft should the opportunity to get a quality player at that position present itself. Johnson, who is now looking to prove himself after a disappointing first four seasons in the NFL, certainly seems to fit what the Steelers might be looking for in the coming weeks when it comes to them potentially signing a free agent cornerback.

Johnson’s concussion history, however, is certainly something the Steelers will need to look closely at should they indeed have any interest in Johnson. The team might even decide to shy away from the Wake Forest product altogether, however, thanks to their recent dealings with former tight end Ladarius Green, who arrived in Pittsburgh in March of 2016 via a four-year, $20 million unrestricted free agent contract. Green also arrived in Pittsburgh with a concussion history similar to that of Johnson’s and he went on to only play in a handful of games late in that 2016 regular season mostly due to head issues. The Steelers cut Green in May of 2017 and he never played again.

The Steelers normally like to sign outside unrestricted free agents for more than just one year if they make more than the minimum salary per their accrued years and thus that might make it somewhat hard for them to sign Johnson, who might now be looking for a one-season prove-it deal for a few million. If, however, Johnson is willing to sign a multi-year contract for a few million a season and his concussion history checks out thoroughly, perhaps the Steelers might have a shot at landing him as he’s the kind of player they like to go after in free agency.

During his career at Wake Forest, Johnson recorded 7 interceptions and 35 total pass breakups in the 47 total games that he played in. At the 2015 scouting combine, Johnson posted a 40-yard-dash time of 4.52 seconds to go along with a 41.5-inch vertical jump, a 3.89-second 20-yard shuttle time and a 6.79-second three-cone time. His pSPARQ score registered at a lofty 134.9.