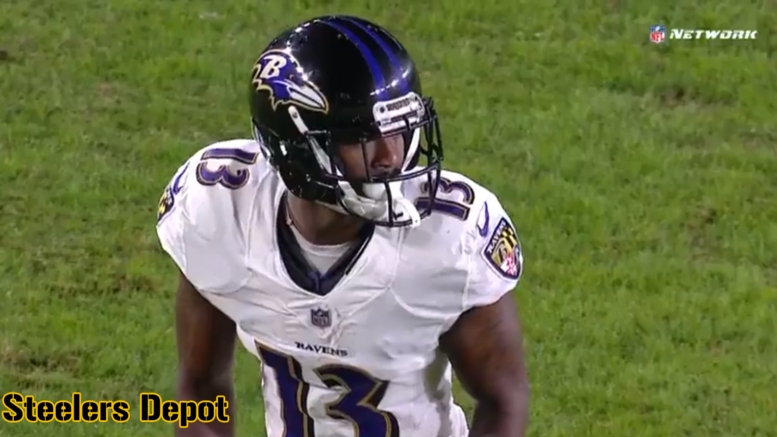 I took a brief look at the calendar only to find that it’s quickly approaching April. The Baltimore Ravens are going ‘all in’ with your young new quarterback, Lamar Jackson, the youngest to ever start a postseason game in NFL history.

Shouldn’t they, you know, maybe get him some wide receivers to throw to at some point? Are they really going to bank on their ability to draft at the position? Because that hasn’t exactly been a rousing success over the course of their history.

I understand that their emphasis is going to be on the ground game, and Jackson himself is a facet of that—he set the NFL record for the most rushes by a quarterback in a single season in NFL history, even though he started just seven games—but he’s going to have to throw footballs at some point.

And are his top targets really going to be Willie Snead and Chris Moore? The only other wide receivers who are even on the team are a pair of second-year draftees from the mid rounds, Jordan Lasley and Jaleel Scott.

Now, I know they’re not going to go into the 2019 regular season with only four wide receivers, and those four wide receivers being these four, but really, it’s somewhat hard to believe that they have made virtually no effort to address the position up to this point, even releasing Michael Crabtree and seemingly letting John Brown walk without putting up much of a fight.

Of course they have some pass-catching tight ends in Hayden Hurst and Mark Andrews, a pair of second-year players, and at this point it’s hard to imagine that their base offense is not going to be two-tight-end sets.

If they want Jackson to develop as a passer, they should give him some quality wide receivers to work with, even if he is going to spend a lot of his time running the ball or handing it off. At some point during the season, he’s going to be called upon to win a game with his arm.

And other teams are going to have scouted him in the offseason. They’re going to look at what the Los Angeles Chargers did to him in the postseason. Jackson’s task is to ensure that his evolution as a thrower remains ahead of the NFL’s learning curve against him.

The smart thing, from my perspective, would be to give him the weapons to make that advancement as easy as possible. Instead, they gave a blocking tight end $6 million per season. The logic of their approach is not yet apparent to me, but I won’t be sad if it doesn’t work out.