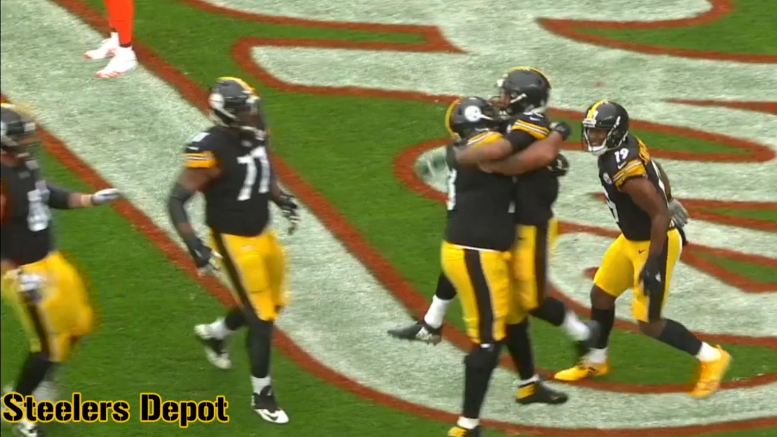 Ramon Foster didn’t arrive at the South Side facility in 2009 with any fanfare. An undrafted free agent out of Tennessee, he was going to have a hard enough time just making his way all the way through training camp, let alone earning a spot on the Pittsburgh Steelers’ 53-man roster. Among those he had to beat out for a job were 2008 starter Darnell Stapleton and draft pick A.Q. Shipley. And they also had to keep nine linemen, which they did.

Of course he not only made the roster but won the top backup job over third-round pick Kraig Urbik, whom he would beat out for a roster spot altogether in 2010. By 2013, he was a full-time starter locked in at left guard, where he has remained since. And he started a lot of games before that, too, due to injuries.

So as he heads into his 11th NFL season, at the age of 33, he found himself asking himself questions about how he wants to spend his final years in the league—and where. While he wanted to get market value, there was more to it than that.

When Missi Matthews asked him why he chose to stay in Pittsburgh, “why not?” was his immediate answer. “That’s the question I always have. There’s not many guys that can say they finished their career in one place. All the guys who really, truly do that are [usually] quarterbacks, usually high first-round guys. But it’s usually those type of guys that have the opportunity to finish”.

The Steelers and Foster agreed to a two-year contract paying him north of $8 million in total. It’s not a huge deal, but it is the biggest of his career. “In Pittsburgh, the deal that they gave me was very fair for what the market was saying, honestly”, he said—a comment that puts to the lie the fact that the three-day tampering window is a fraud. Foster’s deal was agreed to prior to that.

“So I was like, Pittsburgh knows me, I know them, I know what camp’s gonna be like, I know how Coach is gonna treat me as far as far as practice habits and stuff”, he said. “And to be honest with you, I love the locker room. I love the guys. I have a mission that we want to get this ring here. We want to get [Super Bowl] number seven. So why not do it in Pittsburgh?”.

The guard position has gotten pretty expensive in Pittsburgh. not only is Foster making over $4 million this season, his backup, B.J. Finney, will do so as well as a restricted free agent tendered at the second-round level. And of course David DeCastro’s deal is near the top of the position. But it’s worth it.