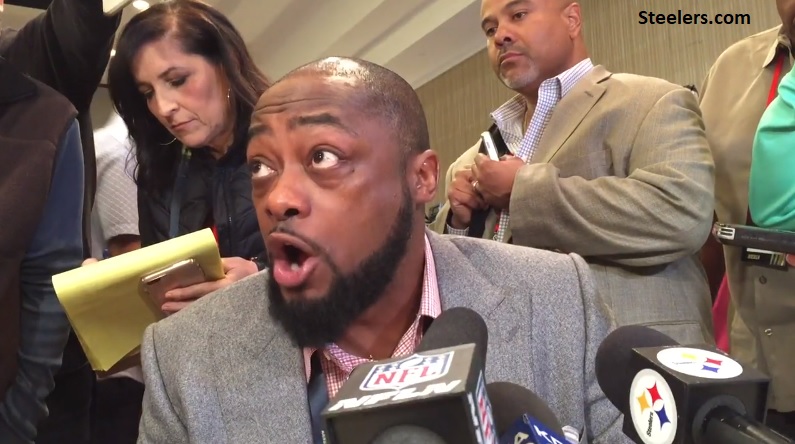 This might be surprising coming from somebody who is capable of being as verbose as he is—when he wants to be—but it sounds like Pittsburgh Steelers Head Coach Mike Tomlin is getting tired of all the talking that goes on today surrounding the game, not just from players or coaches, but within the media as well.

From the Steelers’ perspective, it’s hard not to that position in 2019, considering the fact that they have been under siege for virtually months on end in the aftermath of the dissolution of their relationships with two of the most high-profile players in all of the NFL, those being Antonio Brown and Le’Veon Bell.

The degradation of both relationships have been chronicled in real-time this offseason, especially the former’s, but Bell’s post-signing interview with Sports Illustrated was perhaps the most consequential of all, because he seemingly had nothing to gain from saying what he did.

“We all talk too much. We really do”, Tomlin told reporters earlier this week at the annual league meeting. “It’s about talking less, it’s about doing more. Not making any bold predictions”.

Truth be told, the Steelers head coach doesn’t necessarily have a spotless record of avoiding the bold predictions, even if it may have been unintentional. Back in 2017, he talked about the New England Patriots as a team that they would see again in advance of their Divisional Round game against the Jacksonville Jaguars, which they proceeded to lose.

To his credit, however, he did say that we all talk too much, which would include himself. If his strategy is to say less and do more, I can be on board with that. Even if my job relies upon players and coaches saying things, and sometimes, the bolder their statements, the better it is for traffic.

Everybody is feeling fatigue over the excruciating depths to which the Steelers’ last few months have been documented, however, something that Tomlin also mentioned. He described the Brown and Bell situations as “highly chronicled”, before refining it to say, “too chronicled”.

Of course, when the players are writing their own stories, they are the only ones who can put a limit on the extent to which it’s covered. Their comments will inevitably be picked up by somebody. And even if not, it’s all out there on social media to their legions of followers who will see it anyway.

There is a solution for all the talk, however, Tomlin said. Win football games. Mysteriously, the ability to win a lot tends to overshadow nearly any other misfortune that falls below the threshold of criminality when it comes to sports.