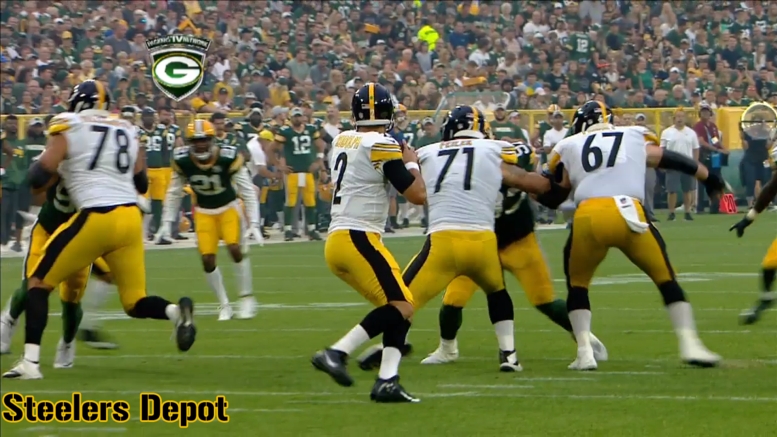 It was clear throughout the offseason process heading into the 2019 NFL Draft that the Pittsburgh Steelers had become somewhat enamored with Oklahoma quarterback Mason Rudolph. They had met with him at seemingly every stage of the process, to the point at which fans were wondering if they would hear his name in the first round—and then the second round.

They finally heard it, however, on day two in the third round. While fans were much more comfortable hearing his name in the third round than earlier in the draft, it was a much more taxing experience from Rudolph’s perspective, who felt he legitimately had a shot of going on day one.

“That was not fun. It sucked”, he told Chris Miller on the Straight Talk radio show yesterday. “You hear about all these stories of people sliding, or just kind of how stressful that period of time is, and I was like, ‘hey, if I don’t go on the first night, I’ll go very early, if not the first pick in the second night”.

Of course, that isn’t what happened. Four quarterbacks were selected in the top 10 picks, with Baker Mayfield going number one, Sam Darnold at three, Josh Allen at seven, and then Josh Rosen at 10; the Baltimore Ravens traded back into the first round to grab Lamar Jackson at number 32.

Nobody took a quarterback in the second round, the Steelers drafting Rudolph’s teammate, wide receiver James Washington. But when he was still available in the third round, they not only jumped on the opportunity, they jumped over the Cincinnati Bengals to do it. Cincinnati had two picks in a row ahead of the Steelers and they moved up a few spots to get in front of them to grab the sixth quarterback of the 2018 NFL Draft. Still, it wasn’t where he wanted to go.

“So that sucked, it was just not fun, and I think now it’s kind of up to me to prove people wrong, and make those people who made those decisions in those early rounds look foolish, I guess”, he said. “But I think I’m in a great situation in Pittsburgh. I couldn’t have asked for a better fit, a better team”.

One of Rudolph’s defining traits has been his charismatic and emphatic personality, matched with a strong degree of confidence. And that shone through in this interview as he said, “I think I would have been comfortable, I would have been successful, playing and starting this year for one of those first 10 teams in the draft that picked and had an immediate quarterback need to be filled. I would have done fine in that situation. I would have thrived”.

Only Mayfield and Jackson among the first-round quarterback really found much success as rookies. Darnold had his moments, but the Jets’ record is what it is. Allen and Rosen clearly have much more to show, and there have even been rumors of Rosen being on the trading block because the Cardinals like Kyler Murray.

“But this is an even better situation being that I can truly sit down and learn the game of football at another depth instead of just being thrust right in”, he said about landing in Pittsburgh. Everybody knows that he wants to play, and probably to play within the next couple of years, which may not be possible in Pittsburgh. But whatever happens, he’s at least saying the right things.