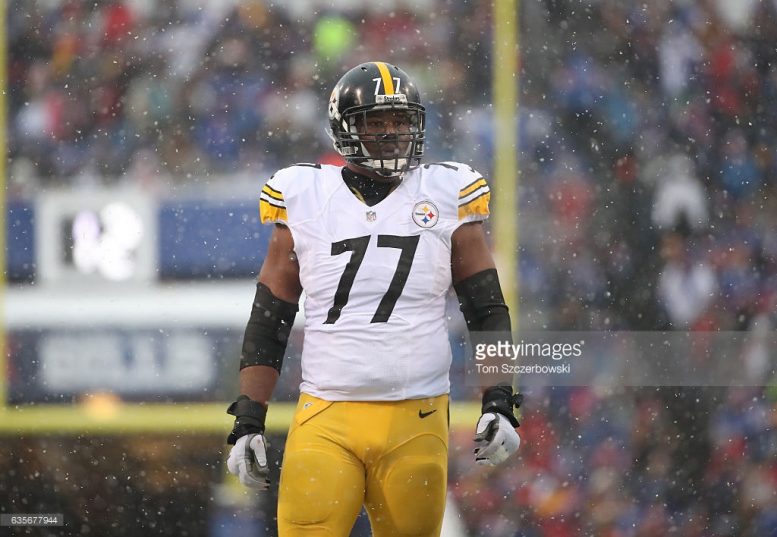 Antonio Brown woke up still a member of the Pittsburgh Steelers. It appears Marcus Gilbert did not. Gilbert tweeted what appears to tweet a goodbye to the Steel City early Friday morning.

There’s been no confirmation by the team yet.

Gilbert was set to make $4,865,103 million in 2019, the final year of his contract in addition to a $50,000 workout bonus. Availability had been a clear issue for him over the lats two years, missing time with injury and suspension. Since 2017, he’s started just 12 of 32 regular season games. He missed the second half of last year with a knee injury.

Pittsburgh’s 2nd round pick in the 2011 draft, Gilbert made 87 career starts for the Steelers.

When healthy, Gilbert emerged as one of the league’s top right tackles. But with his age, salary, and impressive play of those behind him – Matt Feiler and Chukwuma Okorafor– the Steelers are apparently comfortable moving on.

Feiler and Okorafor should battle it out to be the full-time right tackle next season. On paper, Okorafor probably has the edge. A better athlete with the third round pick invested in him but I don’t anticipate either player being handed anything entering training camp. The loser will become the team’s swing tackle, though Feiler’s never spent time at left tackle at the NFL level.

It opens the door for an additional offensive linemen to make the roster. That’s good news for the chances of guys like Jerald Hawkins and Zach Banner.

UPDATE (10:19 AM): ESPN’s Adam Schefter is now reporting Gilbert is being shopped for a trade, a likely final effort before the Steelers would cut him.

Steelers are shopping starting RT Marcus Gilbert for a potential trade, per source.