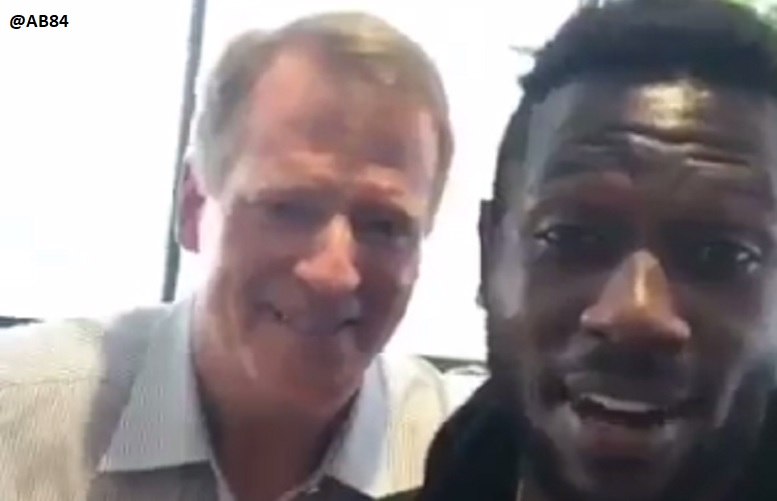 Something that I have mentioned a couple of times this offseason is about the fact that the NFL’s ‘tampering window’, which is a three-day period in which players and their representatives are allowed first contact with other teams as the hit free agency prior to the start of the new league year, has increasingly become a joke.

It’s a joke because it was made incredibly obvious that teams do have contact with players, in an informal or at least ‘off the record’ fashion, prior to that window anyway. The only reason it was put in place to begin with is because the NFL already knew this was going on.

And frankly I also have a hard time believing that they actually expected that teams would limit themselves to just this period of time in which to discuss potential moves in free agency and deals being agreed to in principle. It was a token gesture at best.

Two examples immediately come to mind, first and foremost being the ludicrous reality of the Oakland Raiders agreeing in principle to terms on a contract with an unrestricted free agent mere minutes after they were officially allowed to make contact with players and agents for the first time.

So you mean to tell me that both the player and the team explored all of their options and came to such an amazing agreement that they had to get it done almost literally as soon as possible? Former New England Patriots tackle Trent Brown and the Raiders made history not only by agreeing to making a pact on the largest contract for an offensive lineman ever, but also, supposedly, for doing so literally nine minutes into their ability to do so.

It’s a farce, and even Pittsburgh Steelers lineman Ramon Foster seemed to admit as much, perhaps forgetting the fact that, unlike the previous two times that he signed a new contract with the team, this year he did so before the tampering window was actually open.

And yet he made comments, in two separate instances, about getting a sense of what his market was, which theoretically should have been possible outside of baseless speculative predictions, since he would not have been allowed to be in contact with any potential suitors.

So what is the solution? Mike Florio suggests to simply get rid of the tampering window again as it becomes increasingly obvious that it’s a hollow safeguard against actual tampering. He raises the compelling point that it also takes away from the business appeal of the whole ordeal.

The opening of the legal tampering window now serves as something of a false start to free agency, with some of the biggest deals being announced up to three days prior to their actually being signed. They can make a bigger mark by operating with a more official start as in the past. It’s not going to change whether or not tampering is happening, so either police it or just let it go.