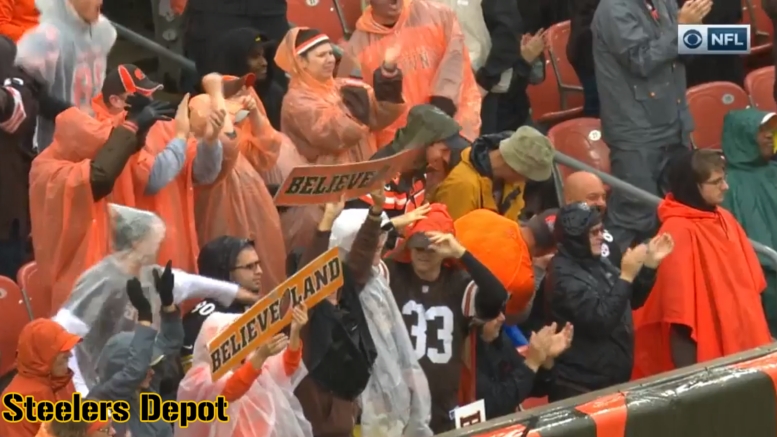 The Cleveland Browns are no strangers to exciting offseasons. They have made big and significant moves between February and May before, and have generate their fair share of buzz before. But for the first time in over a decade, that exciting offseason is being paired with a strong showing on the field as well.

Or at least half of a strong season. But anything looks miraculous after you spend to years playing well below .100 football. The Browns literally won one of 32 games between the 2016 and 2017 seasons, so the fact that they won seven and drew a tie in another last season was pretty astonishing. They were a long field goal attempt away from posting a winning record.

Of course we know how and why all this has happened. It centers primarily around their new starting quarterback, Baker Mayfield, the first-overall pick in the 2018 NFL Draft, but the team has begun to build a talented team around him as well.

It started in earnest with Myles Garrett, David Njoku, and Jabrill Peppers in the first round of the 2017 NFL Draft. The latter was just traded as part of acquiring All-Pro wide receiver Odell Beckham, Jr. to pair with Jarvis Landry. They also traded for Olivier Vernon and signed Sheldon Richardson to bolster the defensive line.

All of this has many ‘buying’ on the Browns right now as many ‘sell’ on the Pittsburgh Steelers, so it’s not completely shocking that Las Vegas right now has the ‘new’ exciting team as the favorites to win the AFC North in 2019 at +140.

The Steelers are not far behind at +160, with the Baltimore Ravens—the one team from the division that actually in the postseason a year ago—coming in at +240. Pittsburgh had won the AFC North in three of the previous five seasons, and finished second in the other year.

Pittsburgh was well in control of the division last season with six games to play, posting a 7-2-1 record after completing a six-game winning streak, but they went on to drop four of their six final games, with one of the two wins being against the New England Patriots, of all teams.

The Browns opened up the season by playing the Steelers to a draw in Week One. It was a game that could have been won or lost on many occasions, the final being a blocked field goal by T.J. Watt to preserve the tie.

Cleveland won five of its last eight games after firing Hue Jackson and Todd Haley, and they certainly continued to get better on paper this offseason. Mayfield having Landry and Beckham to throw to will make a big difference.

At least in theory. We’ll find out in December how smart the bookies are.