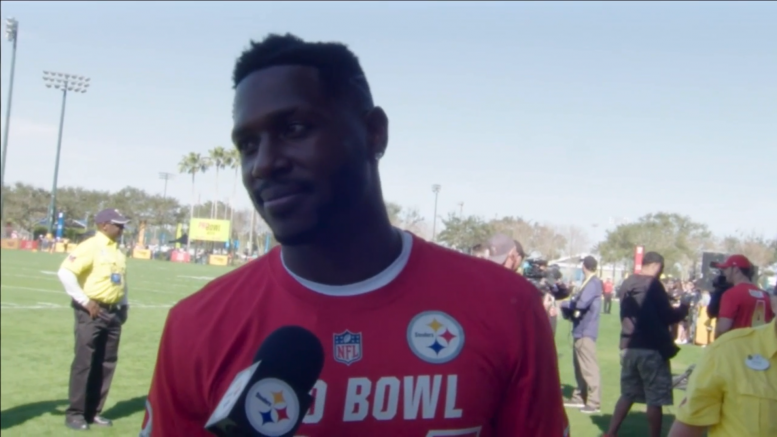 One wide receiver who isn’t in Antonio Brown’s corner? Maybe the most respected one of the game, the antithesis of AB. Larry Fitzgerald.

Speaking at the 2019 Sloan Sports Conference, Fitzgerald was asked for his thoughts on Brown’s situation. Fitz was very honest in his reply.

“I don’t think he understands how good he has it.”

I’m Team Full Context so let me give some more on the Fitz front. He was asked about Antonio Brown on a panel, said that he’s a friend but doesn’t think AB is going about it the right way. Added that he doesn’t realize how good he has it getting to play with an all-time QB.

Larry, what do you think about what’s going on with Antonio Brown?@LarryFitzgerald: I don’t think AB is going about it the right way. He takes for granted the great QB he’s had. #SSAC19 pic.twitter.com/rJkZoFnNUr

Fitzgerald knows a thing or two about playing with struggling quarterbacks. He spent 2018 catching passes from Sam Bradford and Josh Rosen, who combined to throw more interceptions than touchdowns. Things weren’t much better in 2017; then, his quarterbacks were an end-of-the-line Carson Palmer, Blaine Gabbert, and Drew Stanton.

One of the most respected players not only at his position but the entire game, hopefully Fitzgerald’s message gets conveyed to Brown. As he and ex-Steelers have said, the grass isn’t always greener on the other side. While Brown would be the focal point of any offense he goes to, and I don’t think his numbers will dramatically fall, he could end up on a non-playoff team that struggles each week.

Media reports indicate the Oakland Raiders and Washington Redskins are two of the three teams most interested in Brown. Both teams missed the playoffs in 2017. For Washington, they’ll be starting from scratch at quarterback after Alex Smith’s career-threatening knee injury. Colt McCoy may wind up their starter.

While Brown probably believes the only people against him are the media and Roethlisberger apologists, there are NFL players with Hall of Fame resumes speaking some powerful truth too. AB would be wise to listen.