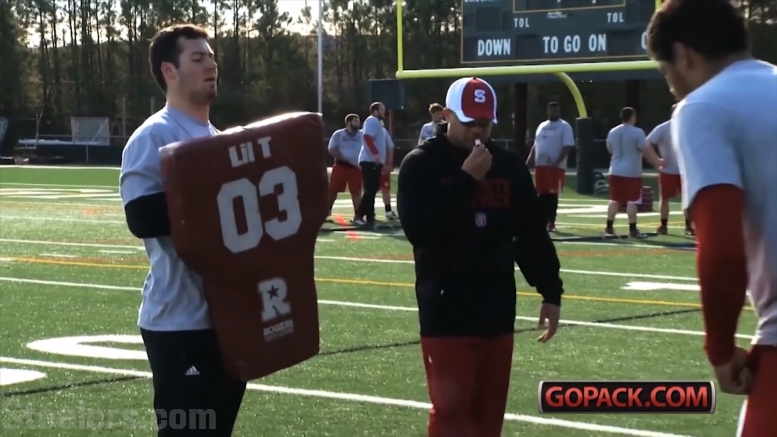 At least from my perspective, one of the most surprising moves of the offseason for me was the Pittsburgh Steelers’ decision—that is to say, Head Coach Mike Tomlin’s decision—to move on from James Saxon as their running backs coach. It seemed to be a position that was the least of their concerns, and there had been no reports of him being an issue in any way.

Tomlin did not make the decision because there was somebody else specifically that he wanted to hire for the role. In fact, it took him a while to fill the position, but when he did, he did so adding somebody who he says was already on the team’s radar, and whose resume was bolstered by his experiences with one of the players he coached.

That would be Jaylen Samuels, of course, the running back out of North Carolina State who was a jack of all traded working under Eddie Faulkner. But Tomlin cited the rookie running back’s quick adjustment both to the NFL and to the position as a positive reflection on Faulkner.

“He’s somebody that was on our radar, and I think the drafting of Jaylen and seeing the overall preparedness of Jaylen and getting into the further understanding of his coaching capabilities through an acquired player I think helped in that”, Tomlin said. “But he was very impressive through the interview process. His reputation is well-deserved. We’re excited about what he’s gonna bring to us”.

Saxon had been with the Steelers for the past five seasons, overseeing the breakout performance by Le’Veon Bell that season in which he established a new franchise record for yards from scrimmage and made the first-team All-Pro list. He helped usher DeAngelo Williams to a late-career success a year later while Bell was injured. And he coached James Conner to a Pro Bowl season with 13 touchdowns in 13 games a year ago.

While the Steelers did not run the ball frequently, they tended to have a good amount of success when they did, so it’s hard to reconcile the decision to move away from Saxon with the on-field production. But there’s always the possibility of other issues that are unknown to the general public.

Faulkner had been with NC State since 2013 prior to joining the Steelers this offseason, their third assistant coach to be pulled from the college ranks in the past two offseasons. He has held a diversity of coaching roles over the years, including tight ends and special teams, and I’m sure that was an attractive feature for Tomlin.

In 2019, his primary running backs will be Conner and Samuels, the latter of whom he obviously worked with extensively in college. Chances are the team will be adding another running back to the mix either through free agency or the draft.