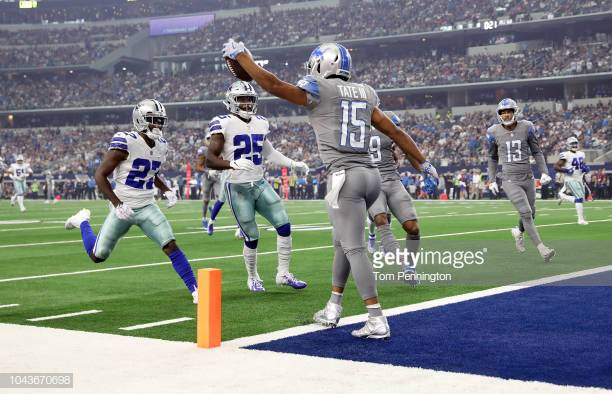 One door closes, another one opens up. And Golden Tate might be angling to be the man walking through that door. Shortly after the Pittsburgh Steelers agreed to trade Antonio Brown to the Oakland Raiders, Tate sent this cryptic tweet at the team.

Is this Tate confused for why the team traded Brown for far less than what he’s worth? Or more optimistically, a hint of Tate being the man to step in AB’s shoes?

In a weak free agent market, he’s one name fans can get excited about. Tate split time with the Detroit Lions and Philadelphia Eagles last season, dealt at the deadline, catching 74 passes for nearly 800 yards and four touchdowns. For Philly, his biggest play came in the playoffs, catching a two yard touchdown with less than a minute left in the fourth quarter to beat the Chicago Bears.

However, Tate isn’t an ideal fit. He’s not going to be Brown’s replacement as the Steelers’ X receiver. He’s an older, worse version of JuJu Smith-Schuster, a physical body who can play in the slot or as the Z. With JuJu, Ryan Switzer, James Washington, and possible re-signing of Eli Rogers, Tate feels redundant in this offense.

The poor market for receivers could drive his price up, too. Though not gospel, I think this number is a touch strong, Spotrac predicts Tate to sign a three year, $30.6 million deal this offseason. That’s surely out of the team’s price range knowing they’ll spend at least some money on fixing a leaky defense.

Other notable free agent receivers include: John Brown, Chris Conley, and Breshad Perriman, who on paper, fit the Steelers’ offense better and come at a cheaper rate.