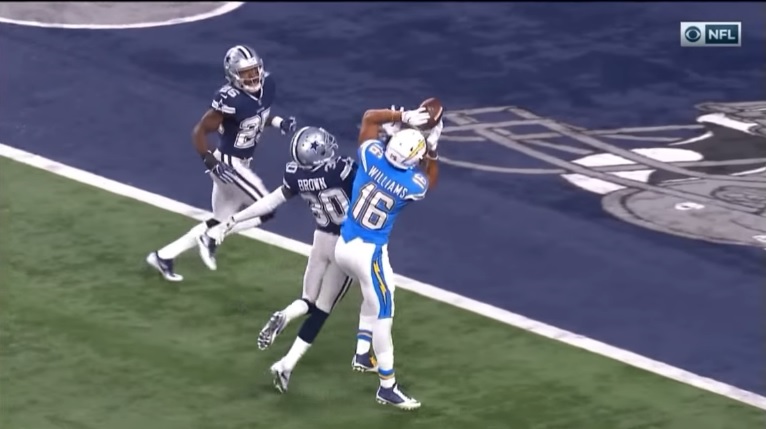 The Pittsburgh Steelers are reportedly taking a long look at a depleted receiver market, according to ESPN’s Jeremy Fowler. Per his tweet, Tyrell Williams may be at the top of the team’s list but several other cheaper, speedy receivers are in the mix.

Steelers are involved in the receiver market. They've inquired on several, including Tyrell Williams. Could settle on second-tier player market depending on price, but it wouldn't surprise if they signed a new playmaker for Ben Roethlisberger.

Williams is one of the biggest names left on the market but he’ll cost as such, too. With the Los Angeles Chargers in 2018, he caught 41 passes for 653 yards and five touchdowns. He’s been a vertical threat throughout his career, averaging more than 16 yards per reception. He caught one pass for 14 yards in last year’s victory over Pittsburgh.

Other second-tier players Fowler implies may include: the Ravens’ John Brown (update: signed with the Bills), Chiefs’ Chris Conley, Brown’s Breshad Perriman, and Vikings Aldrick Robinson. All four names either profile or have shown the ability to be vertical threats.

While one man will not replace Antonio Brown, and certainly not any of these names, pairing a free agent with a draft pick seems to make the most sense in restocking the receiver position.

Beyond receiver, the team has also been linked to cornerback Bradley Roby, who will have several possible suitors in free agency.